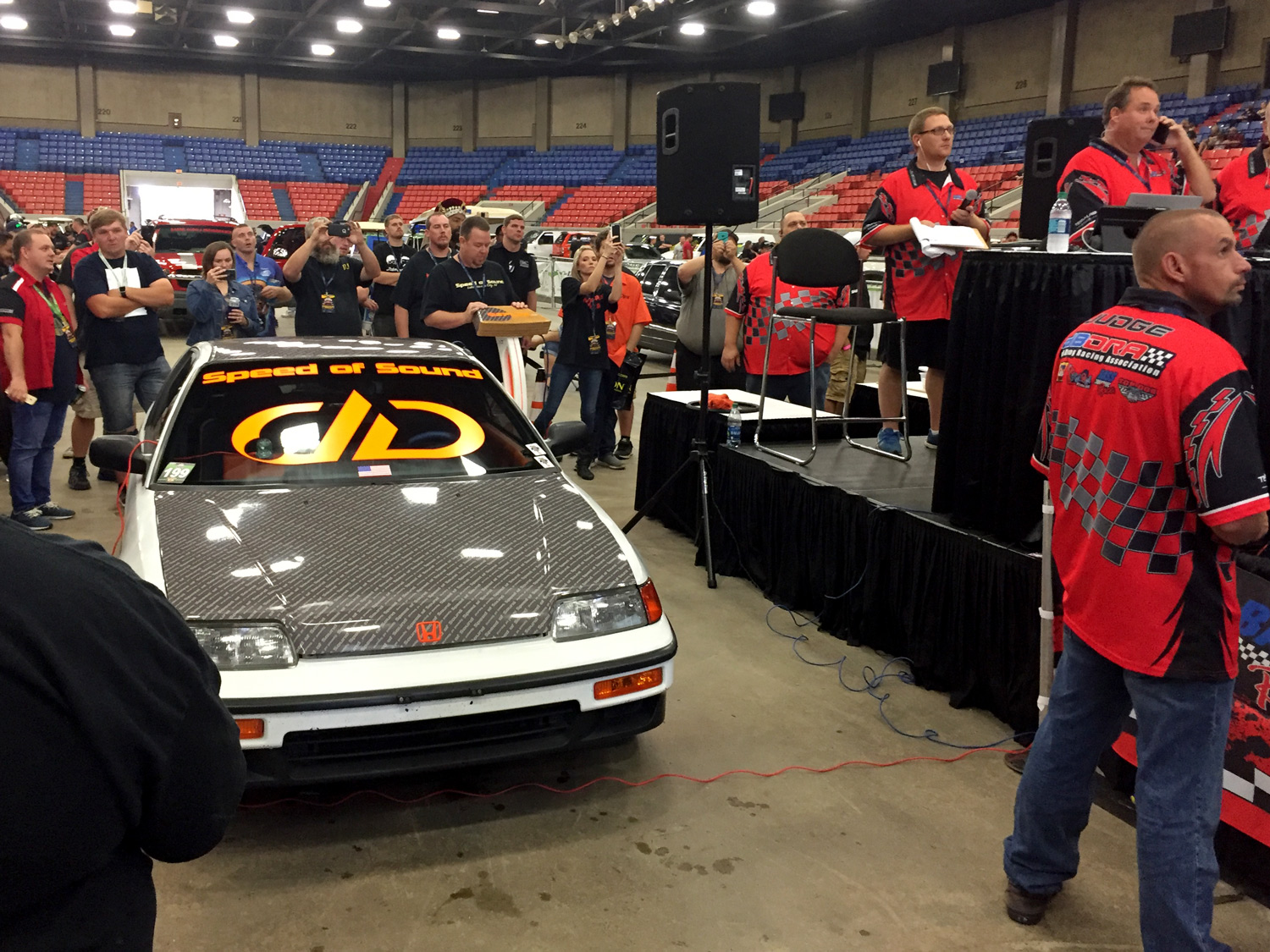 Some of you reading this may be car audio junkies wanting to get into the sport. It can be intimidating to try and slog through which organizations you should compete in, or which class your car fits into. Some of you may be afraid to compete because you don’t think that your two 12’s and your 1000 watt amp will be able to be competitive. These are reasonable concerns to be sure, but if you plan correctly, you can have a blast as a rookie competitor. In this month’s Tech Tip, we’ll help you navigate the competition byways to make sure you have the most fun possible when you compete in the lanes. 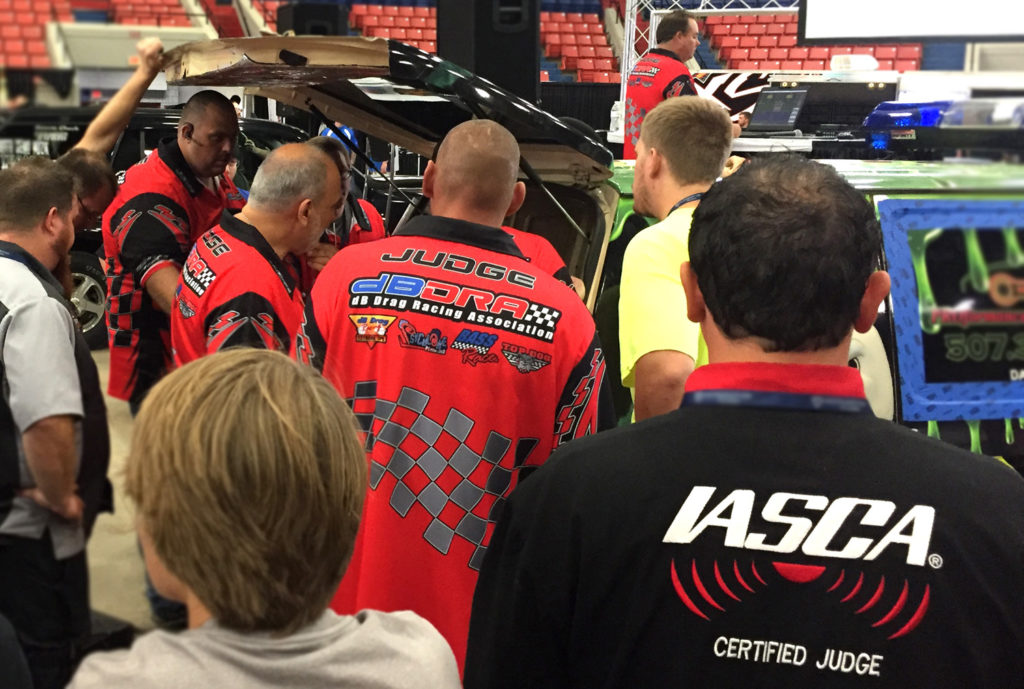 Steps for competing in the Lanes

Maybe you’ve never been to a show, or maybe it’s been years since you’ve competed and now you’re coming back to see that the entire landscape of car audio competition has changed. Whatever the reason is, there are few things that you can do to make sure that you get the most from a show.

The first thing any prospective competitor should be nailing down is what shows are coming up. Determining what is available in your area is a good way of gauging which organization to compete in. This is not to say that you can’t compete in IASCA if 90% of the local shows in an area are USACi. However, if you have an interest in going to championships at the end of the year, you will need to accrue points in order to be invited to the end of the year finals. This is true for every major competition organization, so if you do happen to have a majority of your local shows hosted by a particular group you may want to read up on them to decide if they are a good fit. Each organization has a variety of competition formats, so there’s generally something for everybody.  We’ve included links for a few of the major organizations at the bottom of the article where you can find out about local shows and scope out rules for competition.

Once you’ve determined what’s in your local area it’s time to decide what you want to compete in. Are you interested in chasing numbers with sine-waves in a peak SPL style competition, or is being crowned Demo King in a musical average contest more your speed? Burp and music are the two primary competition formats. Burp cars are built around achieving the absolute peak volume possible from a system within the parameters of the class. You are generally given 30 seconds to play a sine wave of your choice through your car’s system. Whatever the peak value that the microphone picks up is, becomes your score. In musical classes, you’ll be running your system while playing a song (generally of your choice) and the microphone will measure a running average score. Your average score at the end of the run will become your score.

There are also formats that are unique to specific organizations. For example, in dB Drag you can compete in Bass Race which is a competition of skill and familiarity with your system. In Bass Race you choose a class. These classes range from 119.9 to 159.9. The class you choose determines the score you need to shoot for on a musical average. It’s like a “The Price is Right” competition style. You must average as close to your class number as possible without going over and being DQ’d. In USACi, there is a format called port wars. Port wars operates in much the same way that a burp or SPL peak class works, with the exception that the microphone is physically placed in the port. The scores are generally much higher than in normal SPL formats. There are also some torture formats like MidwestSPL’s Kaos. In Kaos, you’ll run your system to the ragged edge for 90 whole seconds to achieve the highest musical average possible. Torture style classes can be very dangerous for equipment, so if you choose to compete in these formats be sure you know your system and how much in can take. Nothing ruins a show like having to rebuild woofers at the end of it.

Now that you know what you’re interested in competing in, it’s time to decide what class you fit in. Showing up to a show on a whim is fine, but if you want to be competitive in your class it pays to know where you fit in. If you’ve got four 15’s in the back of a Tahoe, you should expect many of your fellow competitors to have a lot of power to accompany that. Large cone area classes generally allow for more alternators and batteries and/or more power, whereas smaller cone area classes generally limit the amount of power you’re allowed to use. Lower power classes generally limit the amount of vehicle modifications that you’re allowed to perform. For example, in a Basic class, you’ll likely not be able to remove seats or reinforce panels to increase your score. In Big classes with lots of cone area, you may run into  walled cars where the backs of vehicles are sacrificed to make giant walls of woofers and enclosures that occupy the entire cargo sections of a car. Be sure to read up on the rules for classes in the organization and format you choose to run in.

Once you know where and how you’re going to compete it’s time to go to a show. Don’t worry about winning the first time. Go to the show and learn how to compete. Watch other competitors do their runs, and don’t be afraid to ask questions if you don’t understand something. Learn what your competition is and when it’s your turn to compete, see how you stack up against others in your class. Getting an idea of how to run in the lanes, learning how to roll into a burp or knowing when to start a song in a music format can make a huge difference in scores. A car that can beat you by a couple decibels can still be beat if you time your run better than your fellow competitor. Even if you walk away from the event without a trophy, you’ll have a better idea of how to approach the next show.

The next step is to get louder and to do that there’s a wide variety of ways to succeed.  The easiest way to get louder is to buy bigger gear. Just make sure that the new batteries, bigger amp, bigger subs, or whatever else you choose to invest in are still compliant with the class you want to compete in.

Now, if you aren’t made of money, there are far more economical ways to improve your scores. You can work on your install. Things to consider are building a new enclosure or modifying your current enclosure or you can also put some sound deadening into your vehicle where panel flex is noticeable to reduce acoustic loses. If you’re looking for something even less expensive or potentially even free, you can search out a TermLab. A TermLab is the piece of measurement equipment that all current competition organizations use to evaluate scores at a show. Often times you can rent time with one at your local Car Audio Shop for a small hourly fee, or if you’re in luck you have a friend or a fellow competitor who’ll let you rent or use theirs.  Either way, having a TermLab available to test and tune your vehicle with can return massive gains in output. Acoustics are fickle. Even minute changes in the vehicle like changing the position of your seat or folding down a sun visor can change a score by a few tenths of a decibel. A tenth of a decibel can mean winning or losing at a show, but it’s too small of an increment in output to be able to physically hear, so having a TermLab available that can detect these small changes is tremendously helpful. You can also try things like moving your enclosure around in the vehicle to see if you can gain output that way.  Often times there is an optimal spot in a vehicle where the enclosure is able to load off panels in the vehicle in such a way that it increases your score. Be creative and have fun finding new ways to get louder, because at the end of the day, it’s all about fun, right?

Check out our full line of Car Speakers.