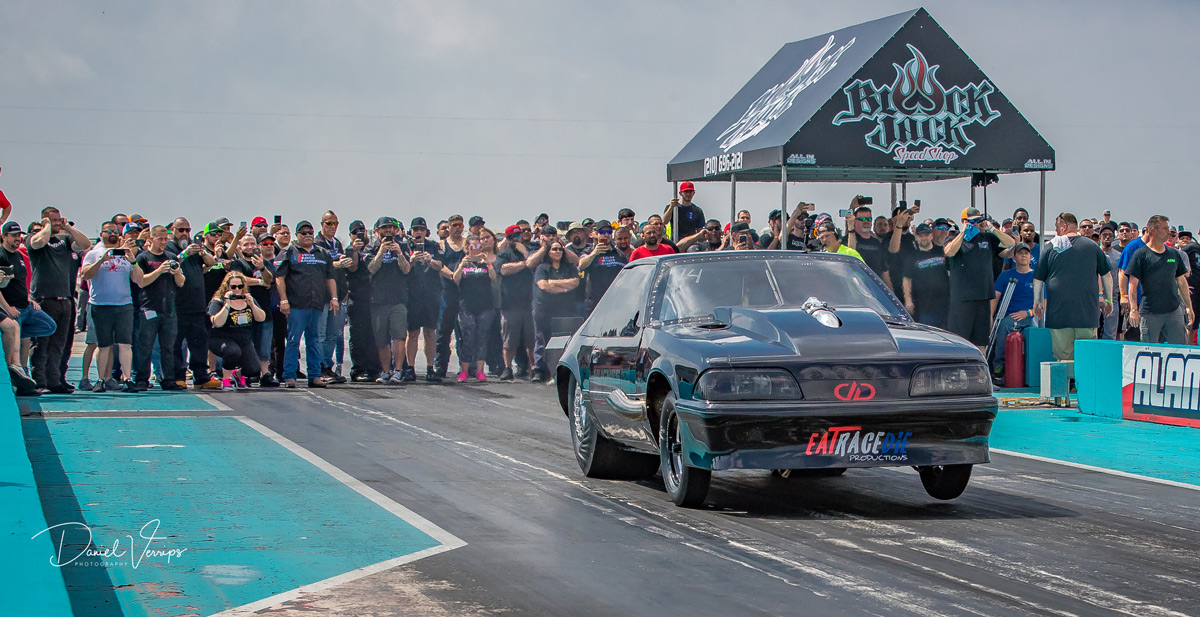 Oklahoma City, OK, April 3rd, 2019 — DD Audio, a manufacturer of high performance audio equipment, proudly welcomes Mike Murillo of Mike Murillo Racing as their newest brand ambassador. Mike Murillo is a legend in competitive drag racing, with 16 championship wins in events held by over a half-dozen sanctioning bodies. He’s famous for his versatility and determination both on the track and in the shop.

Fresh off his 2018 victory at Street Outlaws No-Prep Kings (Discovery Channel, Season 2), Mike recently rolled out the latest revision to his beloved competition build, “LaFawnduh”. This 1993 Ford Mustang with 565 cubic inch big block and two 94mm turbos puts out between 3700 and 4000 horsepower.

While LaFawnduh is the star attraction, Mike does have another custom built vehicle fans don’t get to see on TV, and some would say its just as vital to their operation as the race car. The vehicle of mention is Mike’s custom built race trailer. Not only does the trailer transport LaFawnduh, spare parts, and tools to shows and races all over the US, it also functions as the team’s home base during the events. It’s where the team does last minute LaFawnduh tweaks, sells merch, and it even functions as a place to let loose when the pressure’s not on high. As Mike’s new partner, DD Audio has turned LaFawnduh’s ride into a boombox on wheels.

After assessing what Mike wanted the trailer’s sound system to do, DD Audio made their equipment recommendations and Mike’s friends at Custom Sounds of San Antonio, TX did the installation. Handling the bass is a couple of custom built, floor mounted, bandpass enclosures that house four HiDef Tuned 2000 Series 10” American Made Subwoofers powered with a 2400 watt M2c Amplifier. The mids and highs that accentuate all that sweet bass comes from eight DX6.5” coaxial speakers driven with 600 watts from a D4.100 Amp. Finally, to ensure that the signal and power are clean and strong, the entire system was wired with DD Audio Z-Wire.

After the install was finished, Mike said,

“This system is amazing. It sounds as good as any car I’ve ever heard. The first weekend we took it out we had it cranked all day because people kept coming by to see where the music was coming from. It was literally the talk of the show.”

Now, not only will Murillo Racing dominate its opponents with LaFawnduh on the track, they’ll audibly dominate their opponents behind the scenes as well.