Install Highlight: From Challenger to Champion 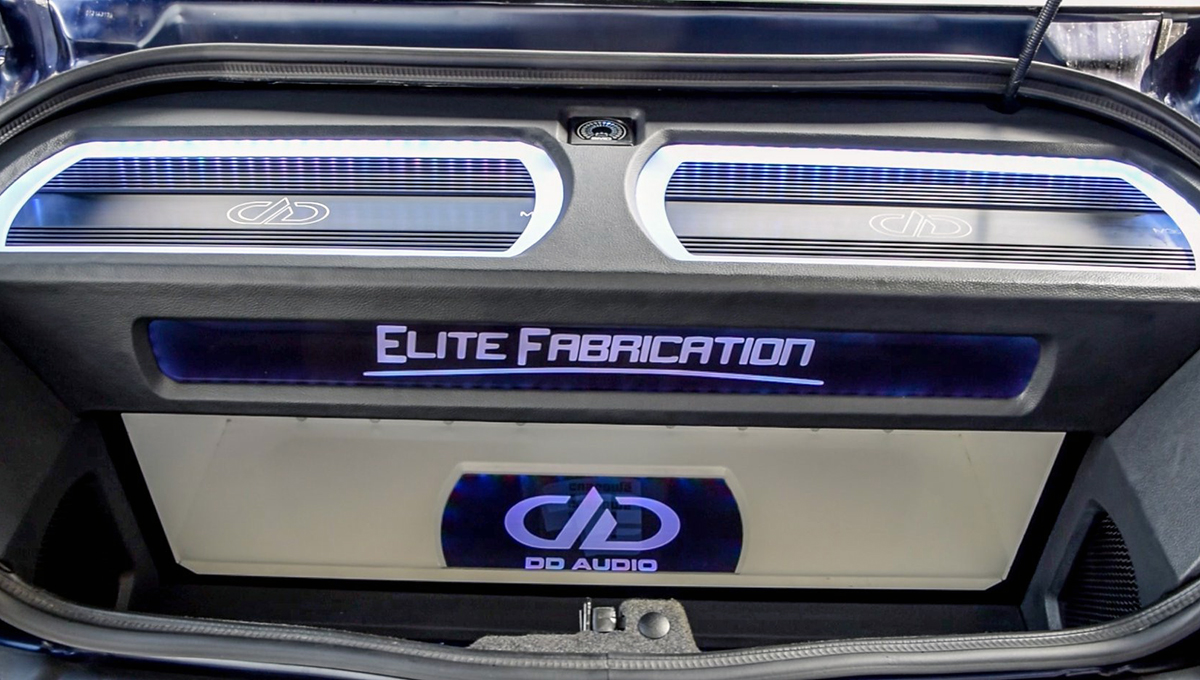 Install Highlight: From Challenger to Champion

Considering all the options available in today’s electronic aftermarket, it can easily become overwhelming for those who want to own a fully involved build to manage every single detail from beginning to end. Sometimes it is easier and every bit as satisfying to go the route that this month’s feature went, presenting Casey Young’s brand new Dodge Challenger.

For Casey, he knew his end goals and exactly who to go to in order to reach those goals. After having first been exposed to DD Audio via Youtube, he sought out his local dealer, Hotwired Car Audio of Jonesboro, Arkansas for a taste of what they would suggest for his newest build. After lining him out with the gear he would need to achieve his endgame, Casey then turned to Jonathan Cortes of JC Customs, and Lucas Grimes of Elite Fabrication located in Searcy, Arkansas for all of the flair seen in the pics below.

Starting with a plan to make the trunk look as well as it performed, Casey was after a look that was not too over the top, rather going for a look that could just as easily have been a factory option. This was no easy feat, as the list of equipment was substantial, especially considering that the Dodge Challenger isn’t exactly known for having a cavernous trunk. Even with the daunting task ahead of them, Jonathan and Lucas did a killer job of appointing the trunk tastefully, without overlooking a single detail. Inside, they fit:

Off to a solid start, Casey is still looking to future mods, including custom fiberglass work, both in the doors and the rear deck to turn this Challenger into an ultimate demo machine. Seeing as he is already collecting trophies with the current setup, the sky’s the limit for this build! We will keep an eye out in the future for upgrades as they happen, but in the meantime, keep enjoying this exquisite work! Great job to everyone involved, and especially to Casey, for seeing this dream through to reality and sharing it with us all.