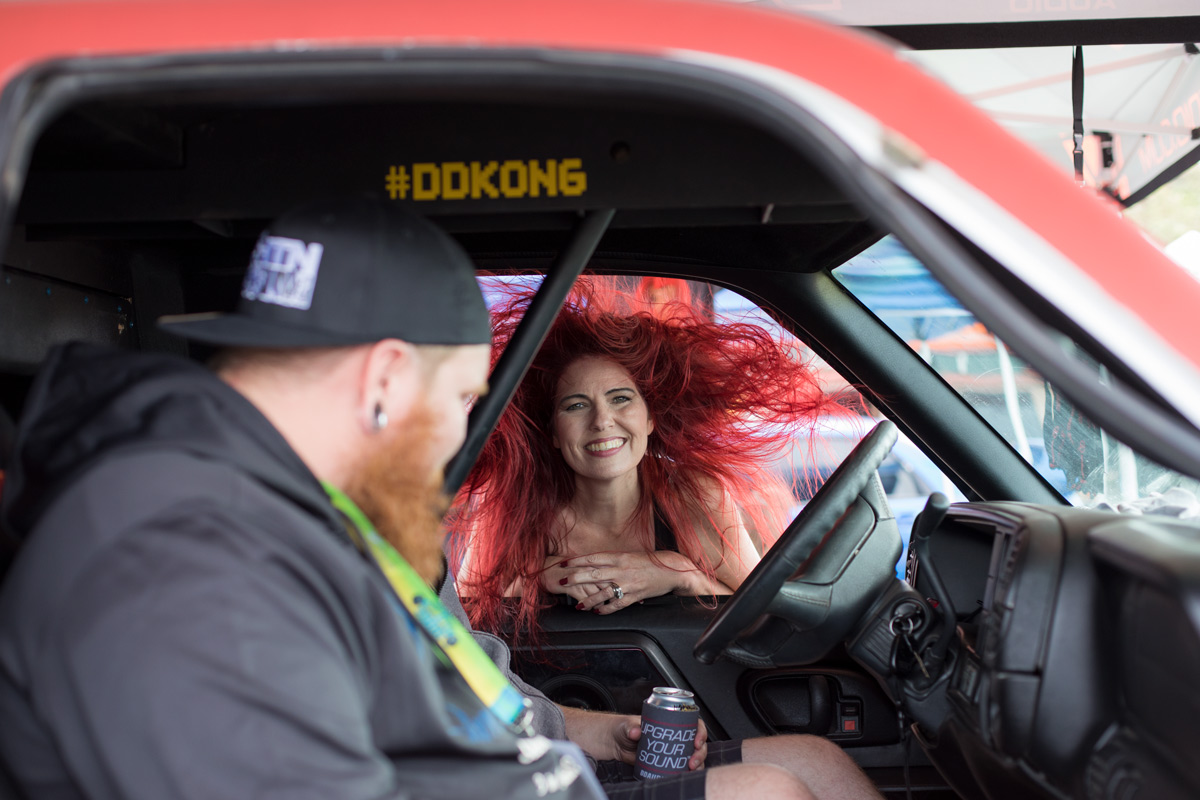 Oklahoma City, OK, September 5, 2018 — Summer is at an end and with that end brings a massively successful conclusion to DDKONG’s first touring season. Surf City Soundoff was a first time appearance for DD Audio, but it won’t be the last. The demo team and several other staff members visited Lincoln City, Oregon expecting a nice show with nice weather. What they got was so much more. This combination car show and competition in the Pacific Northwest was perhaps the best surprise of the summer. The team was greeted by dealers and fans who came out in exceptional numbers. The DDKONG was demoing almost non-stop, and if people didn’t get to enjoy the Mighty DDKong, they were welcome to sit in The Platinum Quake built by Scott Scheffler of Platinum Mobile Electronics!

Another particular highlight of this event was the musical performance by DD Brand Ambassador Psyph Morrison. After a great stage performance, Psyph debuted his newest single in the DDKONG, for which the track had been specially tuned.

Thanks to event hosts Travis Chin and Scott Macrae who put together an amazing show. Thanks to Chinook Winds Casino Resort who provided an extra special venue. And many thanks to our dealers and fans who came from all over the region, including Canada, to see DD Audio in action.