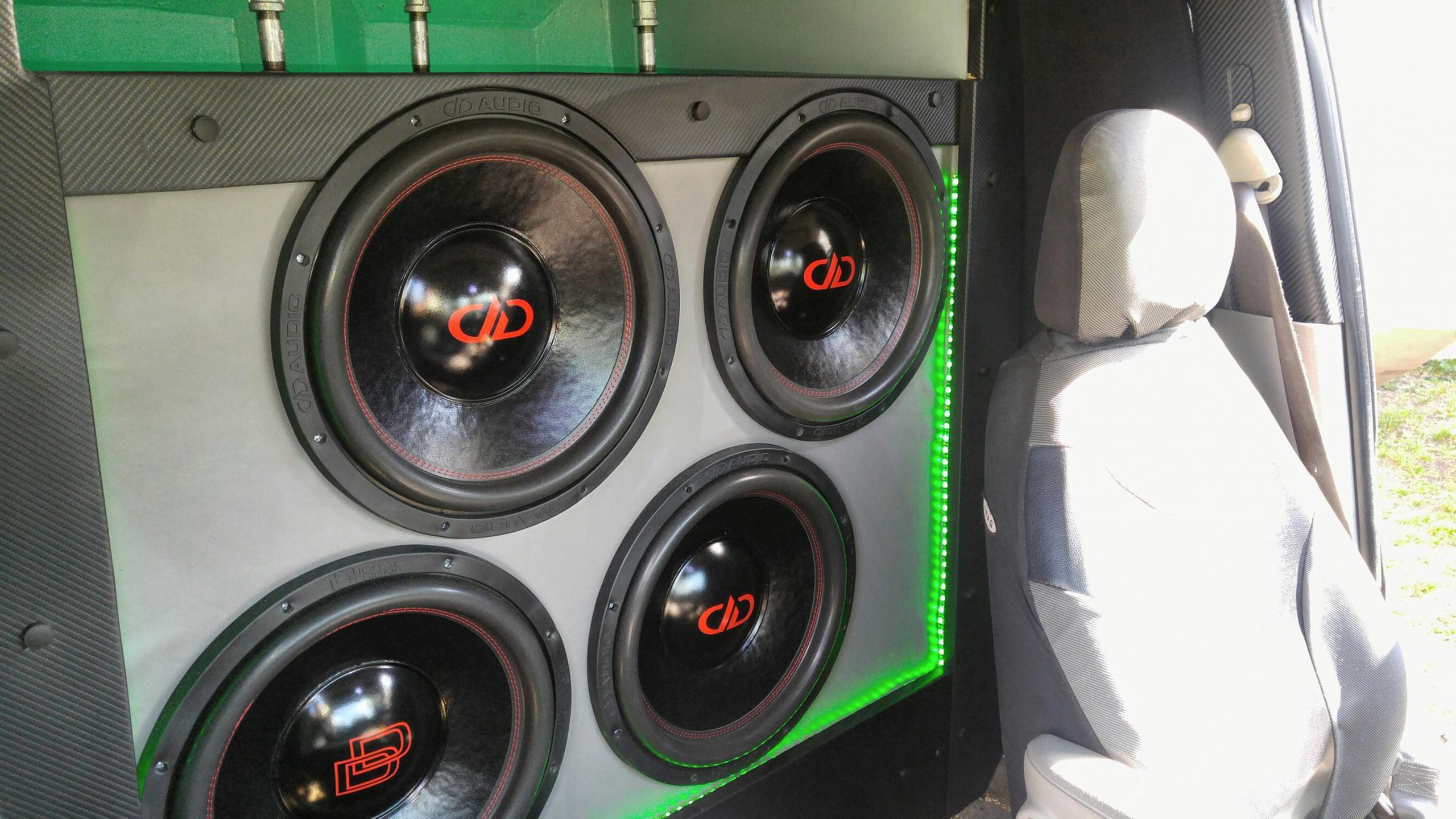 This month’s install focuses on the 2004 Saturn Vue of Tony Tricoche, a military veteran and sales rep at Lawson’s Car Audio, a premier shop in the Augusta GA area. With their tight knit staff, owners Su and Morgan Lawson are able to offer fully custom car audio, video and lighting, as well as marine and motorcycle applications. Not one to miss an opportunity, Lawson’s plans to get into the truck accessory and wheel business in the near future as well. Sales staff include armed forces Veteran Thomas Iirley, and Tay Parker. Adding to their military family are Serge Corvington and Stephen “Rob” Roberts, between them and Daryl Hacker there is a 50 year pool of experience at their disposal.

This build was possible because of the contributions the fabrication and install staff were able to make, such as  the custom door panels by Rob. The original goal for the car was to not only create an impressively loud daily driver, but to showcase just what Lawson’s is really capable of. Tony has even been known to dabble on the competition scene when the mood hits him. The list of equipment featured in the vehicle is as  follows:

This equipment is fed by a high output alternator and a substantial battery bank, allowing Tony to enjoy his equipment to the fullest without skipping a beat! Being that Tony is a basshead like us who will only have this system in the vehicle until the mood strikes him to change it again, (this is the 3rd system in 18 months, guys!) you may want to keep an eye on the crew at Lawson’s Car Audio — or better yet, keep an ear out! To the military staff at Lawson’s, we thank you for your service.