Out of the Oven and into the Frying Pan, DD Audio Heads to the Texas Heat Wave show in Austin 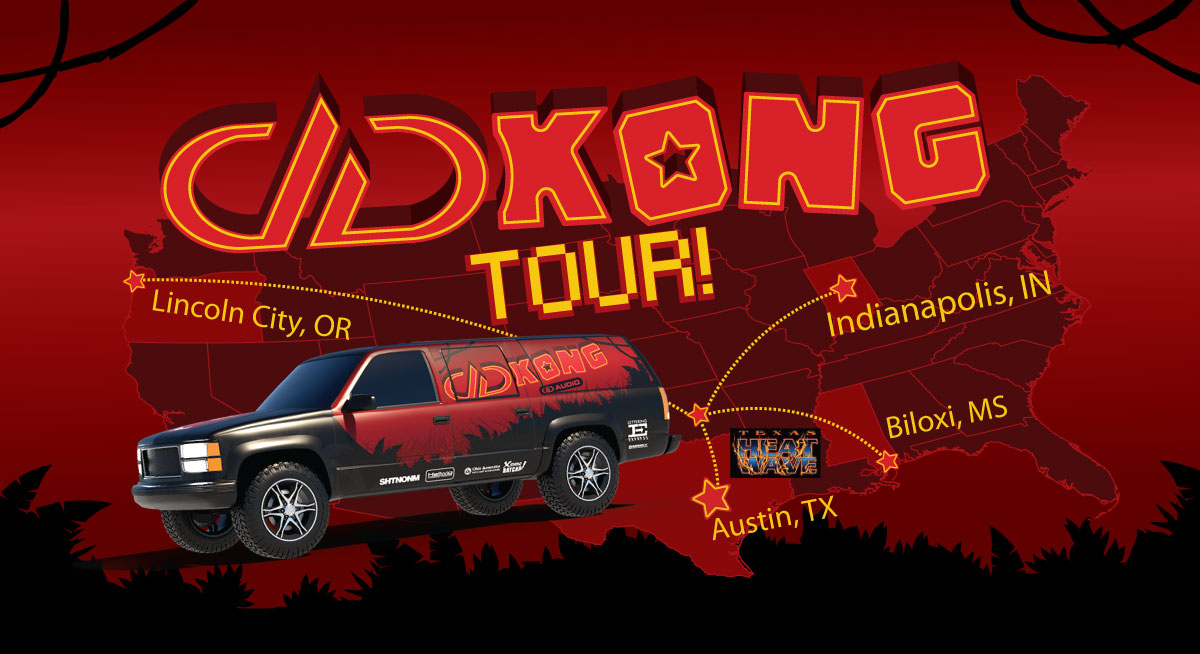 Out of the Oven and into the Frying Pan, DD Audio Heads to the Texas Heat Wave show in Austin

PRESS RELEASE Oklahoma City, OK, July 3, 2018 — Following the massively successful showing at Scrapin the Coast 2018 in Biloxi, MS late last month, DD Audio is now preparing to represent and demo at The Custom Sounds Texas Heat Wave show, July 20-22nd at the Travis County Expo Center in Austin, Texas. Here are some highlights from the Scrapin trip as well as some previews for Heat Wave.

Scrapin the Coast made good on it’s “Wildest Show on the Coast” promise this year for tens of thousands of visitors. As one team member noted, from a high vantage point the pavement disappeared under the sea of people that flowed from one amazing custom vehicle to the next. One such custom vehicle to get a great deal of attention at this show was none other than the beastly DDKong! It was made abundantly clear from the interest and the comments that word has spread since the uncaging at Slamology: “DDKong is the must see, must hear build” for DD fans. Speaking of fans, congratulations to Terry Wendell Vickers Jr. who won a Limited DDKong T-Shirt and Camillia Lecuyer who won a pair of DXB 1.1 Wood Earbuds for their participation in the #DDKONG social media photo contest.

Texas Heat Wave is the demo team’s third show this year and the third stop on the DDKong Tour, but this “Custom Truck, Car, and Audio Event with incorporated Tattoo Expo” is promising to be the hottest show of the summer – and not just in Fahrenheit. Stunt shows, burnout and hydraulic contests, monster trucks, and much more make this a must visit for DD Audio. Of course, you don’t have to twist anyone’s arm to get the DD demo team to visit Austin. It goes without saying it’s great town known for its eclectic community of artists which makes it an ideal hub for customizers and audio enthusiasts in the southwest. These guys will gladly make the relatively short 400 mile drive down I-35 with DDKong to provide system demos all weekend. NOTE! Regardless of what DD team member Aaron Trimble tells visitors, demos do not cost 4 spareribs from Franklin’s BBQ, they are in fact FREE. Attendees, don’t forget to upload a photo or video on social media of the DDKONG, with the hashtag #DDKONG, for chances to win a limited edition DDKONG/SHTNONM shirt and DD Audio Lifestyle gear!

Watch the latest episode of the DDKONG Web Series!