Over Excursion: How to Avoid it 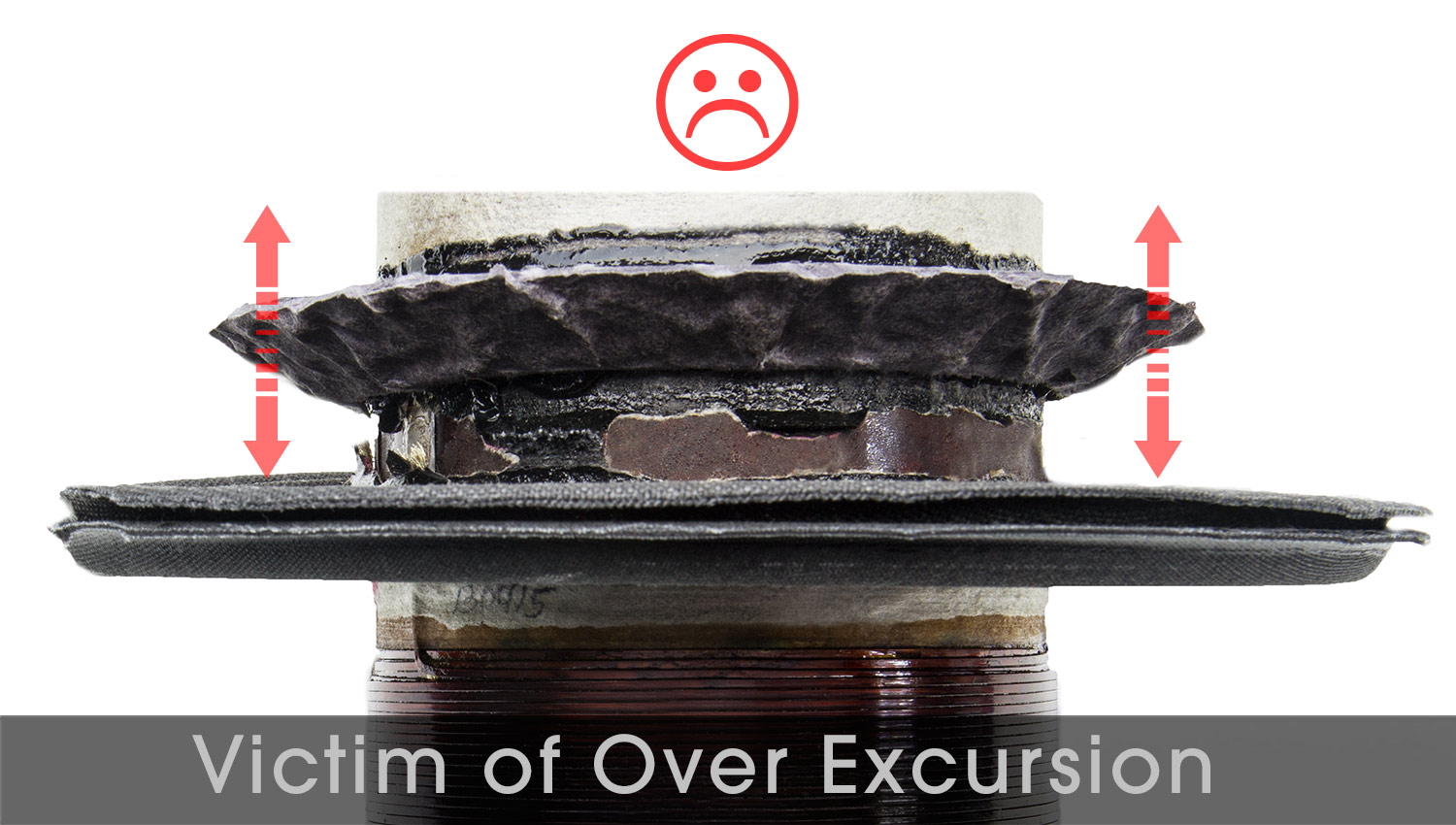 Over Excursion: How to Avoid it

Over excursion is simply one way of pushing a driver past its mechanical limits. Over excursion damage is more prevalent on subwoofers because they’re made to produce low frequencies, which by nature requires more cone movement. DD subs are built like tanks in their respective power rating classes, but extreme and/or prolonged over excursion will damage spiders, surrounds, cones, glue joints, and coils. The most common damage caused by over excursion is broken glue joints and ripped or torn spiders.

If you’re interested in avoiding damage from over excursion here’s a short list of things you can do that will prove to be very effective.