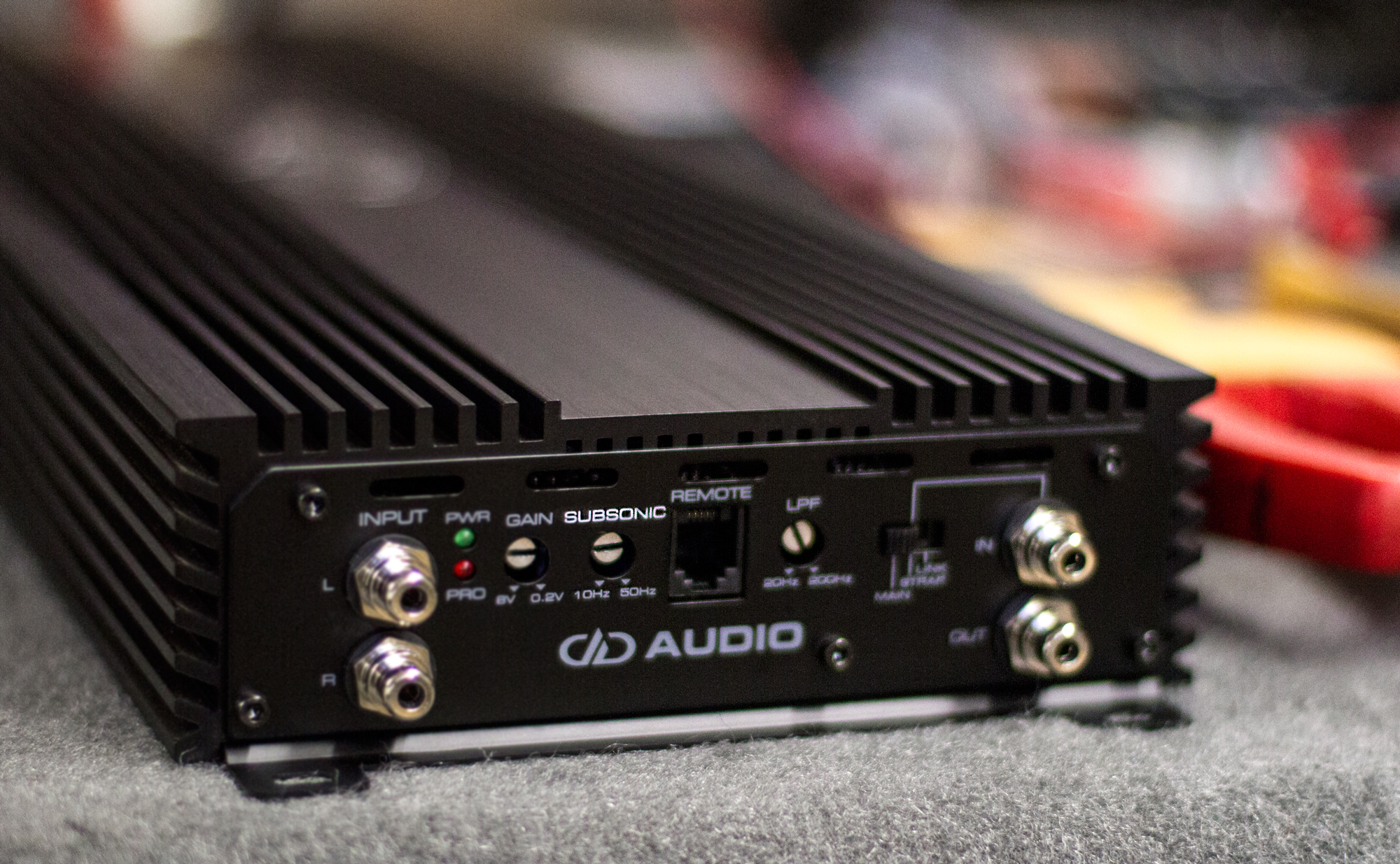 Hello again, Techies. You may recall back in March we looked at subsonic filters tuned by ear, and how most listeners learned that they weren’t actually losing any audible musical information by turning the subsonic filter to up the 35-40 Hz range. But, did you also know that you can play your music louder by turning up your subsonic filter?

The idea here is that in a ported enclosure the vent is only mechanically reinforcing the woofer up to about a ⅓ an octave below the tuning of the enclosure. This can be shown through impedance graphs.

Regardless of enclosure size, each enclosure loses it’s acoustic advantage about ⅓ an octave beneath the 35 hz tuning. As the enclosure is played further and further away from the tuning frequency of the vent, the vent is less and less capable of converting the woofers kinetic energy into acoustic power, and the woofer begins to physically move more. The reason for this is impedance. When the woofer and box are maximally efficient (highest acoustic output per watt of input), the enclosure is creating a resistive load which supplements the woofer’s suspension and causes an increase in impedance. Where a lot of folks go wrong is by assuming that this rise in impedance is hurting their output because the woofer is receiving less wattage. While it’s true that the woofer is using less wattage, the system is also getting the best bang for its wattage buck. This efficiency directly correlates to excursion. When the woofer is playing near enclosure tuning it is moving the least amount, which means, mechanically, the woofer can handle more power.

Now, since we know that the woofer moves more and consumes more power below the tuning of the enclosure in order to create output, we can also draw the conclusion that if we were to reduce the excursion of the woofer below tuning, we could increase the power being applied to the speaker inside the effective range of our ported enclosure. How do we do this you may ask? Why with the subsonic filter of course!

A properly tuned subwoofer system will not clip or will only slightly be driven to clipping when run exceptionally hard right? So, logically, that means that the amplifier will achieve its maximum clean wattage at the point of lowest impedance. By applying a subsonic filter, the point at which a woofer achieves the lowest impedance load will have it’s applied wattage be reduced. Since the amp is no longer delivering all that extra power, it’s that much further from being driven to clipping, and the gain of the amp can be safely bumped up to apply more power at higher impedances.

To prove this we’ll revisit one of the tracks from the listening test we did back in February. When we originally auditioned Pendulum – Set Me On Fire, the listener couldn’t hear any audible change in volume until the SSF was set to 42 Hz. However, from the various other tracks, it was determined that listeners could not hear the difference on standard music tracks with SSF settings lower than 35 Hz.  So, we’ve reloaded the Drum and Bass track back into the DD Isuzu Trooper on the same 3510 in the same 1.5 cubic foot enclosure with 24 square inches of port that’s tuned to 35 Hz, and replayed the track on an M1d with the SSF at 10 Hz (off) and at 35 Hz with the gain readjusted to maximize volume without driving the system into clipping. Each setting was played over a 30 second average with the same timespan to achieve their respective scores. Classic IASCA Bass Boxing rules are applied.

Now, this track is a prime example of the difference in volume that can be achieved. The wide variance in frequency in this track contributes heavily to how much harder the system can be pushed without running the amp into clipping. Other tracks with more consistent bass lines and a narrower range of frequencies showed less pronounced gains in decibel output.