Tech Talk: How to Keep Your Factory Looks and Function with Audio Integration 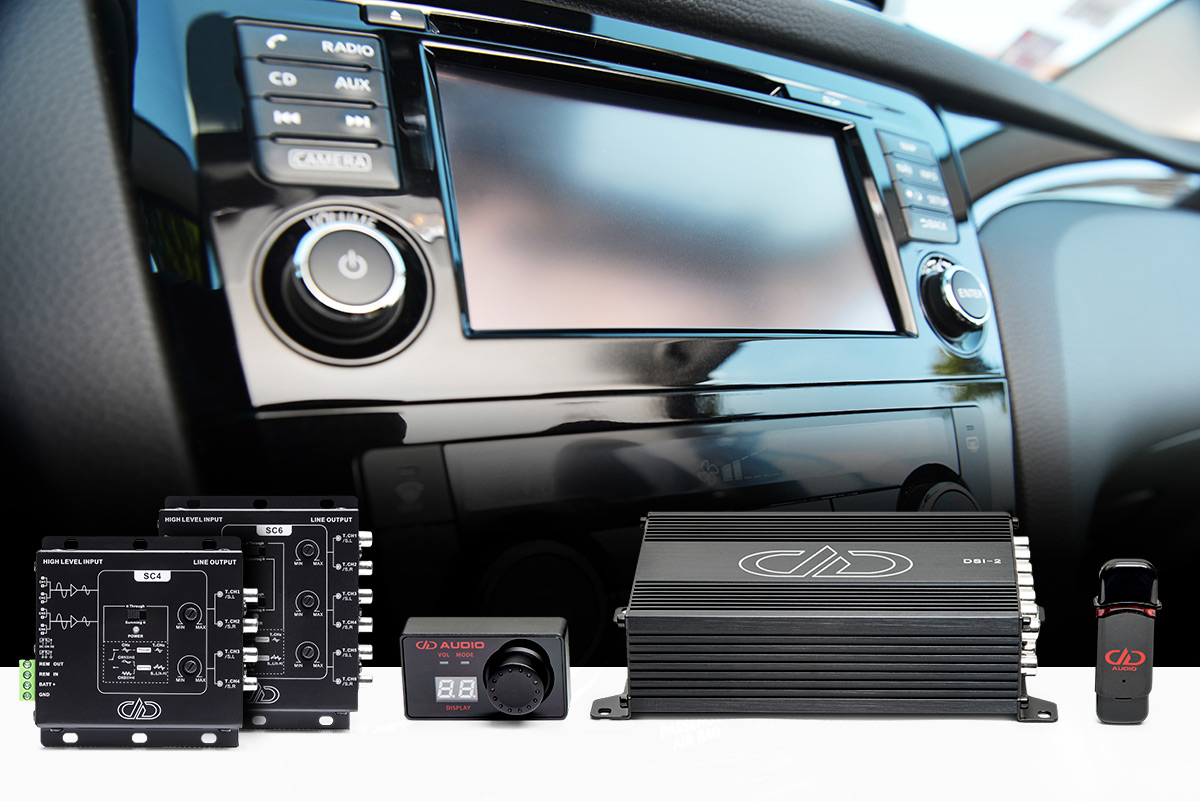 Tech Talk: How to Keep Your Factory Looks and Function with Audio Integration

Integration isn’t that scary when brought into light. It’s true that new cars have a litany of modern features which may complicate an install, but most of these features can be moulded and shaped into an upgrade for your aftermarket stereo, and some can simply be bypassed to create an overall nicer listening experience. This month’s question comes from Allen in Missouri who asks,

“I’ve got a new car and I want to upgrade my speakers and add a subwoofer, but I don’t want to lose my radio. Does DD have anything that can help me add onto my system?”

Back in the day, adding a sub was as simple using a cheap $10 Hi/Lo converter. However, many new cars have factory amplifiers with a channel for each speaker in the vehicle. Things like the factory Bluetooth, Navigation and Voice Control Prompts come through specific speakers in the vehicle and maintaining their functionality is a must for modern drivers who shell out big for these features. Many of these systems are also equalized or EQ’d. All of these features can be retained or changed for the better with Signal Converters like DD Audio’s SC4 and SC6 and/or Digital Signal Integrator and Processors like DD Audio’s DSI-2.

The DSI-2 is the most versatile piece in the DD Audio Integration line-up, allowing you to put four channels or speakers from your factory system into it and pump out a whopping ten channels of signal out to your amplifier(s). The DSI-2 is a Digital Signal Processor (DSP) that allows you to tweak and tune just about every aspect of the audio signal coming into it. Let’s say that you have a factory system with a six channel amplifier. It has two channels for tweeters, two channels for the mids in your front doors, and two channels for the rear speakers. In this car, you can tackle the factory audio system two ways. The first way would be to use the DSI-2 alone and combine the tweeter channels and mids channels using the four channels of input.  The downfall here is that you will lose your fading (front to back) ability from the factory radio. If you don’t care about fading, then you’re off to the races. If however, you’d like to maintain that function, you can bring in the SC4 to the party to take over some of the duties of the DSI-2.

The SC4 has the ability to sum signals. Since the tweeter channels in the factory system only play high frequencies and the mid-range speaker channels only play low frequencies, we need to combine them so we can get full range signal out to our new amp and speakers. So, just like in the previous example, we can use the SC4 to combine the tweeter and mid-range channels instead of the DSI-2. Now the SC4 can sum the signals together and create two full-range channels which can be put into two channels of the DSI-2, while the DSI-2’s two remaining channels can connect to the factory rear speakers to maintain our fading capabilities.

Some factory systems can have massive amounts of factory amplified channels. When using the DSI-2 and the SC6, you can control up to eight channels of inputs, much like many very expensive DSP options from other manufacturers. Many European cars and luxury American and Japanese cars have what are called three way front stages. In these set-ups there is a tweeter, and mid-range, and a mid-bass driver where each driver handles a small part of the audio signal from your radio. This means there are three separate sets of channels that need to be summed together to create a full-range signal for your aftermarket amp and speakers to handle. Since the SC6 has six channels of input, it can handle the whole three way front stage all by itself, allowing the DSI-2 to handle the remaining factory rear speaker channels or subwoofer channel on its own.

The DSI-2 and the SC units are excellent pieces in the install bay and they can be used to solve a variety of challenges. Now, even with as powerful as these devices are, there are still a few factory systems that require some extra steps. It will be important for Allen to discuss his vehicle with his installer to make sure that DD Audio Integration is right for him.