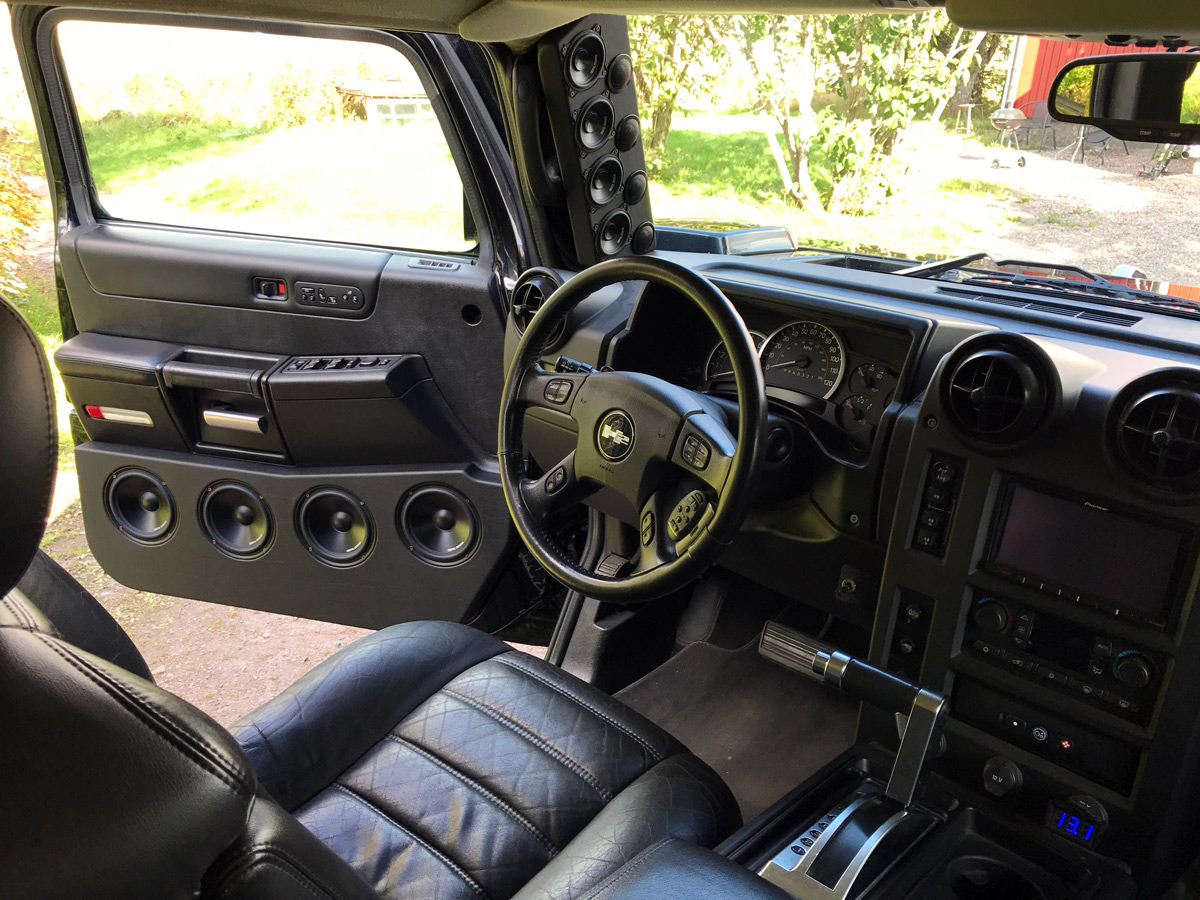 For the most part, our loyal fans seem to be split right down the middle. On one side we have the bassheads. The “sorry you were sleeping, but this is my jam so now it’s your jam too.” type of guys. Or the, “yes, it really is necessary to play my music this loud.” guys. You know those guys. Then we have our more gentille tifosi. The ones who are concerned with whether there is a dip in response at 1058Hz. The ones who feel that the timber in the solo in the ninth suite of Carmina Burana is a bit dull and needs EQ. The ones who want to be able to identify which pick Eric Clapton is using on this particular unplugged album. THOSE guys.

Every now and then, however, we get a special type of DD Fan, the one who simply wants it all. The best of both worlds. Some say it can’t be done. Our recently visited DJ from the north begs to differ. Many of you may remember Mattias Hedin’s Hummer H2 we previously featured, and some may be asking why it is back. Well there’s a few dozen reasons why.

Since it’s last splash across the screen, Mattias has worked tirelessly to create a front stage capable of keeping up with the monster sub stage we covered previously. Being that he is running four Z318’s on two (count ‘em, TWO) Z2b amplifiers, keeping up would be no small feat! Luckily, Mattias knew where to turn. Stuffing in a total of 24 A Class drivers for the front stage alone is enough of an impressive feat, he it even further and went with a dedicated channel of amplification PER DRIVER! Under that back seat lies a veritable arsenal of DD amps, including four SS4b’s and four SS6’s! For those who remember, our friend Mattias is also a DJ, so soundstage is very important to him, as well as having a flat response.

Mattias now has a perfectly balanced system that allows for the sound stage to be very large and open, a must for critical listening. With all the power on tap, he can go from a smooth, linear response to absolutely mind-blowing from 20Hz to 20kHz, with enough snappy midbass to take your breath away!

Thanks again Mattias Hedin for keeping us posted on the progress of the Hummer, can’t wait to see what you do to it next!

If you’re ready to Upgrade Your Sound™, visit our OEM page for upgrade suggestions.