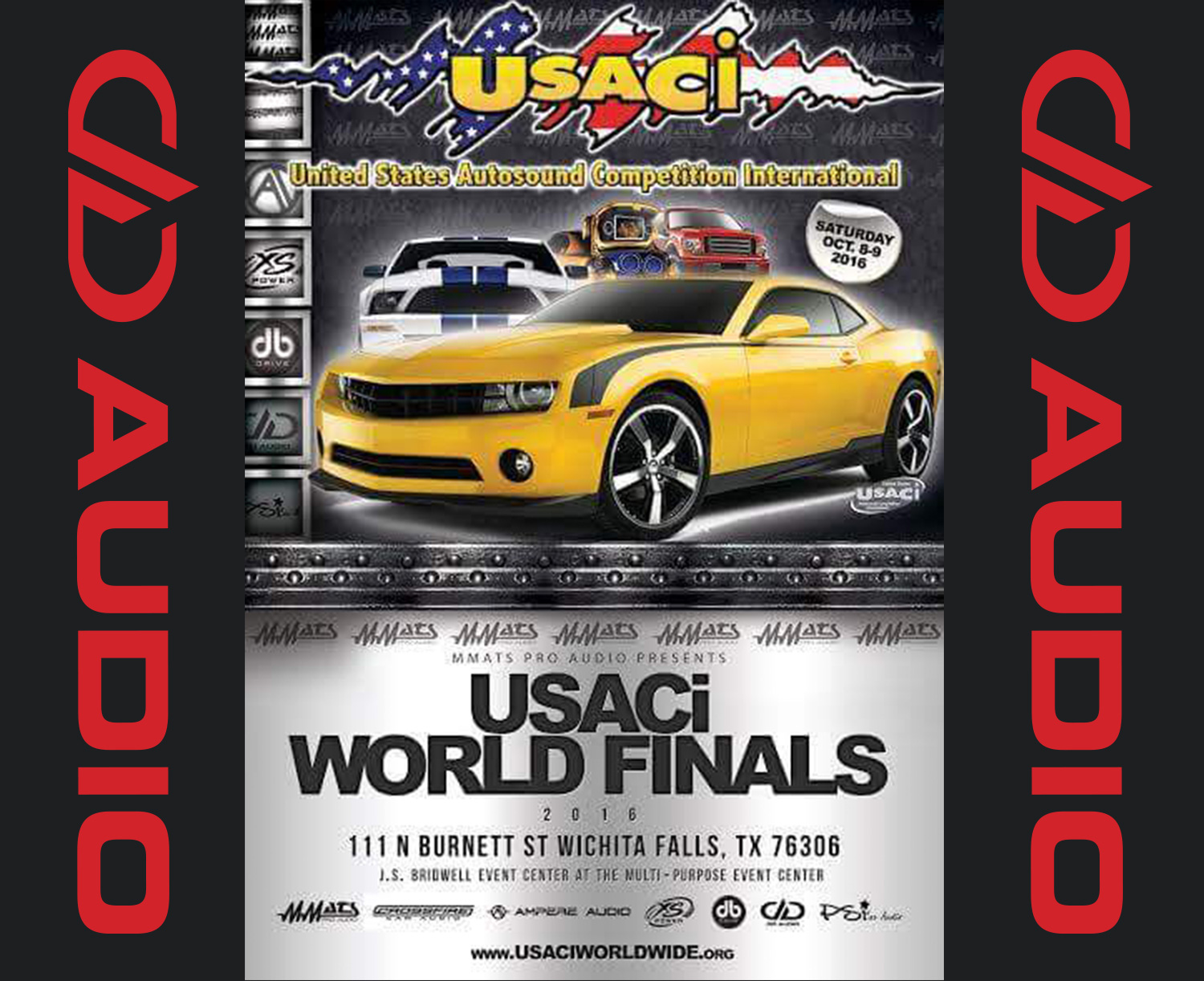 Oklahoma City, OK, October, 03 2016 — DD Audio is proud to be a sponsor of this years USACi 2016 World Finals being held Oct 8th-9th 2016, at the J.S. Birdwell Event Center, Wichita Falls, TX. In addition to sponsoring the event the DD AudioTeam will be in attendance with the well traveled DD Work Van giving demos and answering questions. DD is no stranger to the SPL World and they’ve been a fixture on the competition scene since the early ‘90s. When Kevin Doyle, DD Audio Sales Manager, was asked why they continue to sponsor car audio competition events while other bigger companies have moved away for the scene he said, “DD Audio believes in supporting the competitors that push the sport of performance car audio to the extreme by supporting the sanctioning bodies that offer outlets for these driven individuals to compete in. DD feels that without the people who continuously push manufactures equipment to perform at higher and higher levels we wouldn’t have had the same amount of drive to continuously innovate and stay one step ahead of our rivals. So, for that reason, DD Audio says thank you and good luck to all this years competitors.”