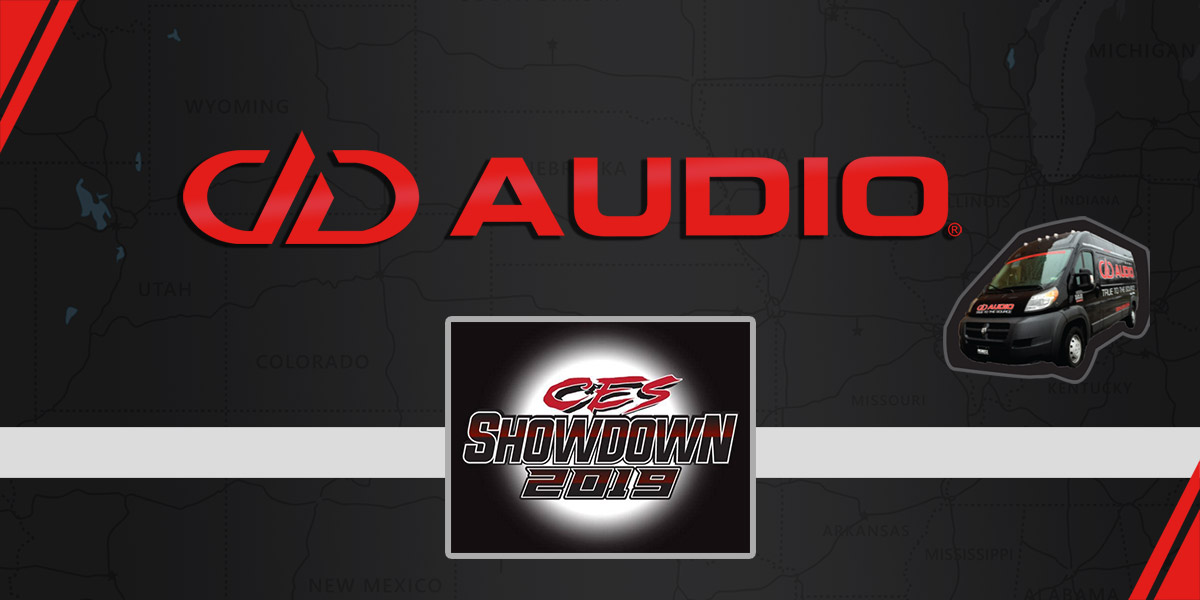 Oklahoma City, OK, January 4th, 2019 — Starting 2019 off right, DD Audio will be attending the CES Showdown during CES Weekend in Las Vegas, NV, January 12th and 13th. Billed as The Biggest Audio Show on The West Coast, CES Showdown 2019’s proximity and relationship with one of the most attended conventions in the world makes it a must for industry-heads and bassheads alike. In DD Audio’s case, those are one in the same. Sales and Marketing Manager Kevin Doyle and NW Sales Rep and all around Wiseguy Aaron Trimble (featured in the DDKong Series) will be on hand to represent DD Audio at this year’s Showdown.

CES Showdown 2019 is a quadruple organization sanctioned two day event. Competitions will be held for USACI, IASCA, DBDRAG, and MECA with the biggest names in the game competing for trophies, prizes and an early ranking in the 2019 competition season. In addition to the standard formats there are rumors of this year’s Showdown featuring a couple of very popular unsanctioned classes; a 3 minute Deathmatch and the new True Loud class.

Kevin and Aaron will be on hand Saturday to support the competitors as well as answer any question attendees may have about what DD Audio has in store for 2019. On Sunday, Demo Day and Chill Day, make sure to stop by the DD Audio Booth and see what’s shakin in the DD Work Van while the team tries to earn one of this years, sure to be coveted, official demo vehicle shirts. DD encourages bassheads, competitors and fellow industry reps alike to come and start their 2019 car audio show season off with a bang.