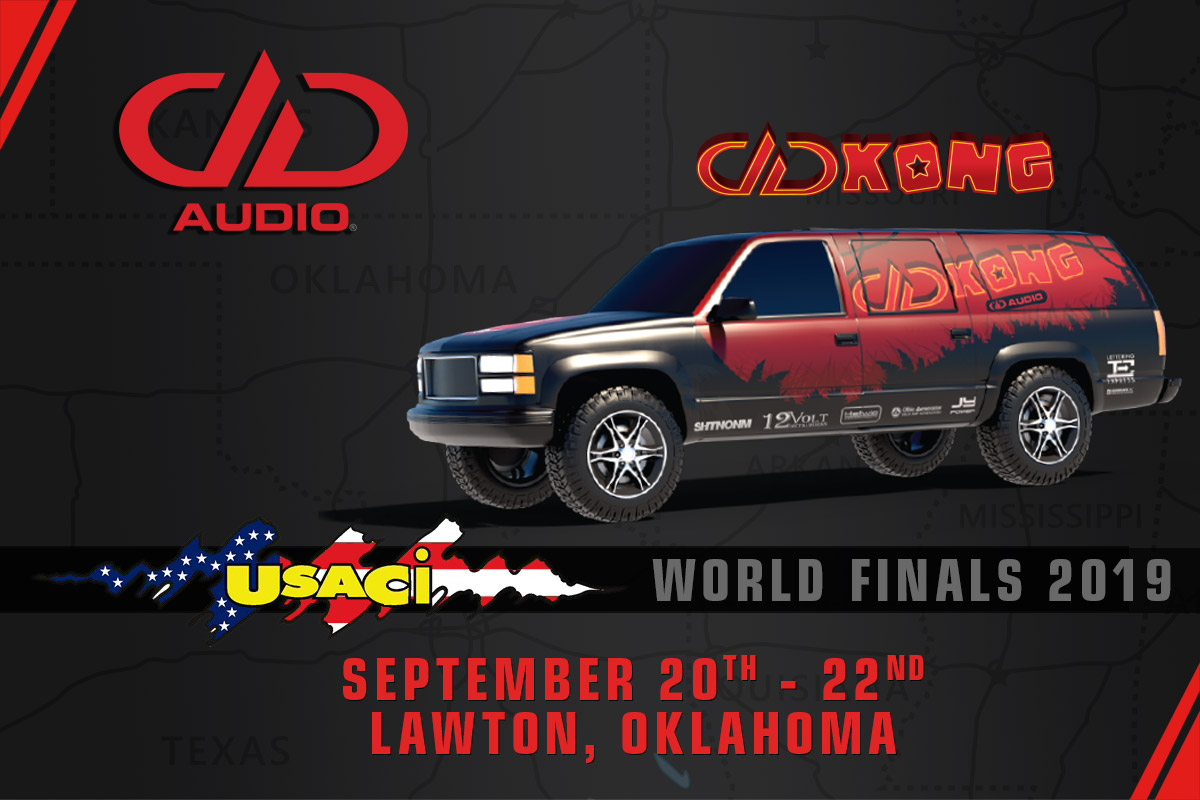 Oklahoma City, OK, September 17, 2019 — DD Audio is proudly sponsoring the Demo Competition and Demo Awards at 2019’s USACi World Finals held September 20th through 22nd at the Comanche County Fairgrounds in Lawton, OK. The DD Audio Demo Team will also be attending to support all the competitors as well as shake things up with DDKONG!

The United States Autosound Competition International (USACi) has been one of the most respected and renowned sanctioning competition car audio bodies for over 30 years, making this event a must for car audio competitors and enthusiasts.

The show kicks off Friday the 20th at Noon for move-in and registration with initial runs being held on Saturday and Reruns and World Record Runs being held Sunday. Competition will include a full range of SPL and SQ classes. As in years past the USACi Finals competitors are all vying for one of those massive championship rings. With 100 plus custom built competition audio builds attending, the USACi World Finals is a premier car show of the loudest variety. Vendors will be on hand to feed attendees presumably unhealthy foods and, in the case of DDKONG, mind-blowing demos.