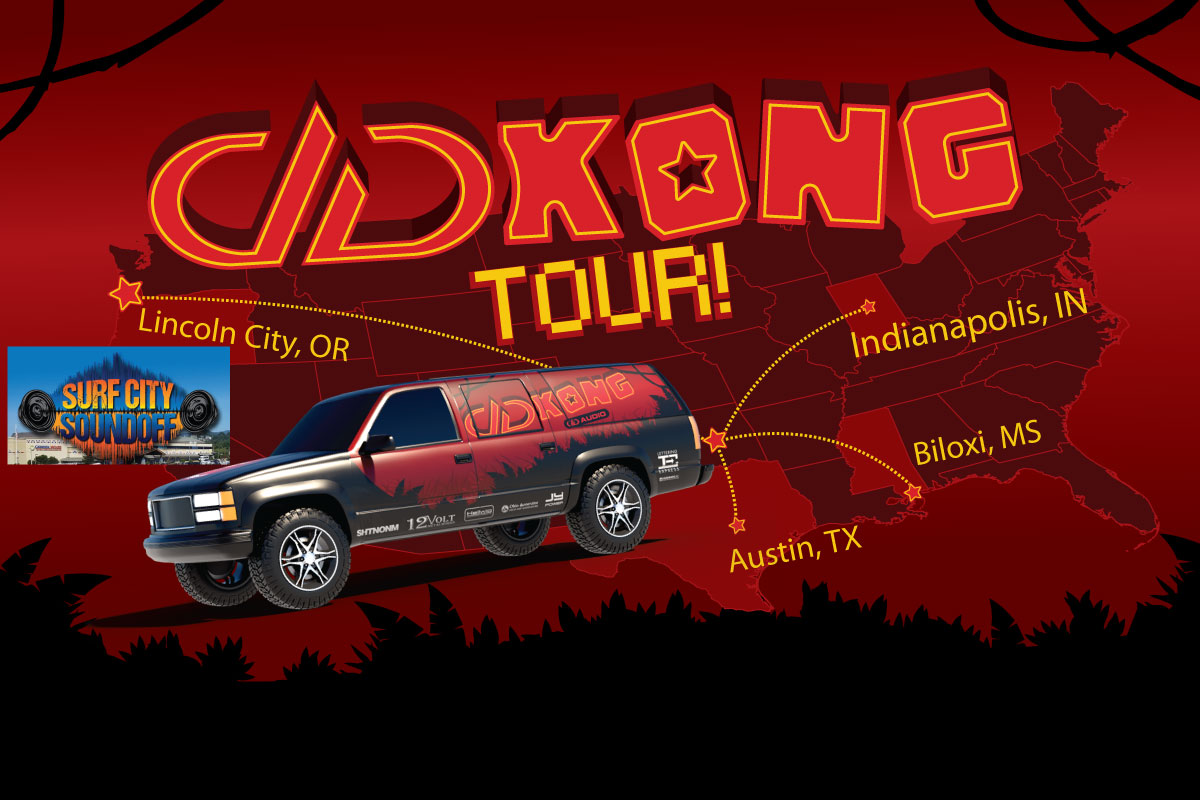 Oklahoma City, OK, August 14, 2019 — As the summer starts closing down DD Audio will be heading to the Pacific Northwest for the cool ocean breeze and hot rides of the Chinook Winds Surf City 2019 Car, Truck, and Bike Show and the Surf City Soundoff. This massive dual show event features a car, truck and bike show along with one of the best Soundoffs the West has to offer. All the excitement happens August 24th and 25th at Chinook Winds Casino Resort in Lincoln City, Oregon and delivers a perfect showcase and competition opportunity for classics and customs of all ages and sizes. One such ride being the stunning DDKONG, which will be making its final appearance of its official 2019 summer tour season.

Surf City is one of the fastest-growing car shows in the West featuring a beer garden, local cuisine, live music, and 34 trophy categories sought by the vehicles on display. Of course, there’s only one event that brings out the toughest and loudest sound competitors on the West Coast and that’s the dBDRAG and IASCA sanctioned Surf City Soundoff where DD Audio is proudly sponsoring the always coveted custom trophies. This premier regional event gives serious builders a chance to make SPL/SQ history while giving spectators a show like no other.

DDKONG’s attendance at Surf City will be the detailed demo vehicle’s only trip west of the Rockies this touring season and one of the last chances to see it in action this year. DD Audio’s team will be on hand to demonstrate the vehicles full range of True to the Source® sound and answer any questions to help you Upgrade Your SoundTM. Just follow the bumping bass, miraculous mids, and harmonious highs to find DDKONG in the jungle of custom builds.

As things wind down, DD Audio would like to thank everyone who has come out and will come out to the shows presented by and attended by the team this summer. You have made this touring season an incredible success for DD Audio.

Watch the full DDKONG Series on our YouTube Channel!