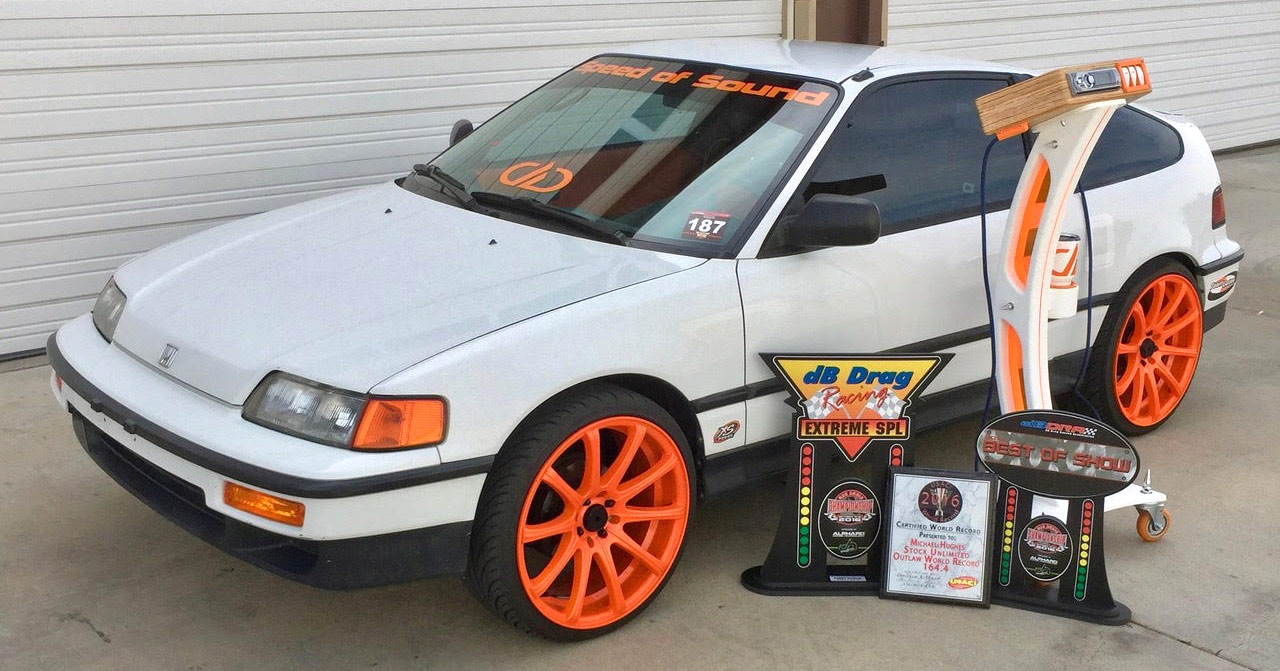 This month’s highlight centers around the arena that first brought the DD name to the forefront of the mobile audio world and high level competition scene. The vehicle in question is Michael Hughes’ 1991 Honda Civic CRX, seen wrecking it at the recent round of World Finals.

No stranger to the competition scene, Michael first sampled the DD wares back over 16 years ago, in 2001. Right out of the gate he was able to lock down a highly sought after title in DB Drag’s Extreme Cup. Having reached the mountaintop, Michael took a decade long hiatus before deciding to return to the lanes to see where the chips would fall.

As it served him well in the past, Michael decided to return to the company that helped him reach the pinnacle before, but this time instead of winning one title, he won three; including a best of show, once again proving that loud is not always ugly! He also took top awards in USACI Stock Unlimited Outlaw (165.0), as well as DB Drag Extreme SPL (160.2). He went the road less traveled as well, deciding to utilize some of our smaller amps to achieve his goal, which in my humble opinion makes the victories even sweeter.

The equipment list used to smash the records at finals consisted of:

It is the little details that make this build so sweet, and most of us, the DD tifosi, could stand to learn a thing or two about presentation from this awesome setup! Until next time, keep it loud!