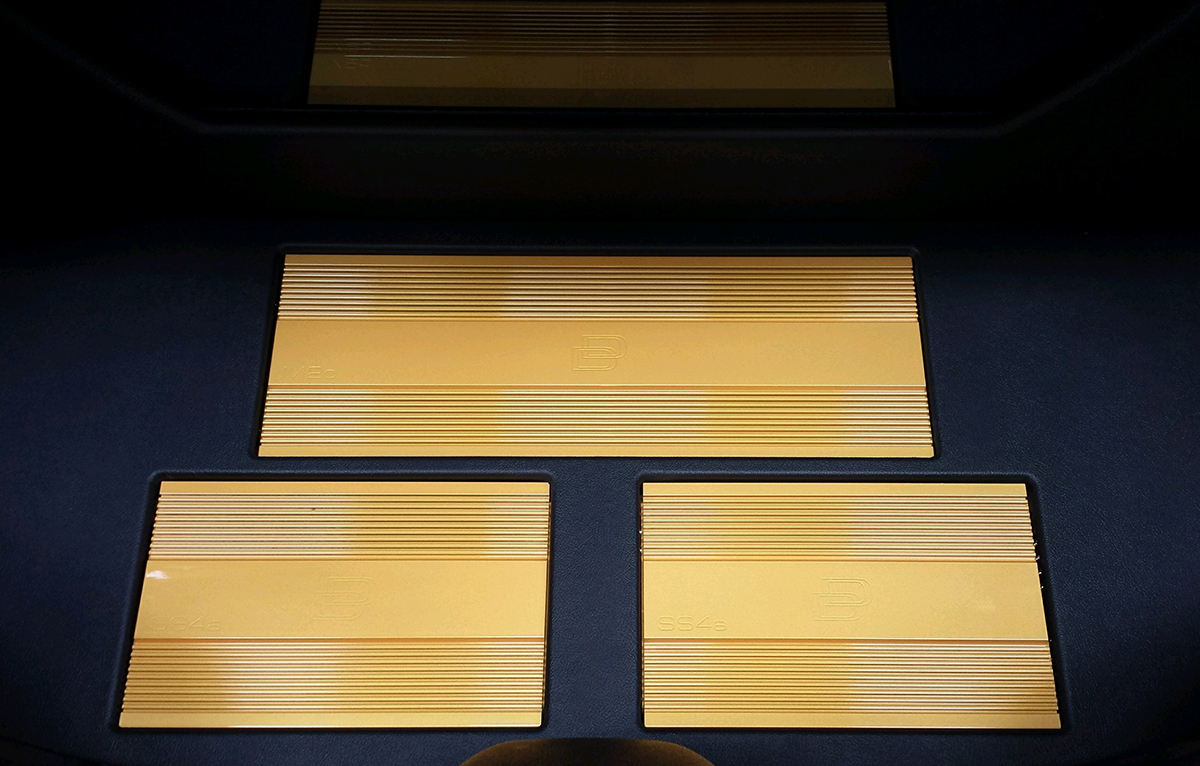 This month we head back to the frozen north to visit our good friends at Cartunz in Williston, ND. Some of you may remember the outrageous F-150 that was featured in a previous Highlight article, as it was stuffed to the gills with DD products. For this month’s model, a 2012 Roush Mustang clone owned by and built for Bruce Dufner, a different approach was taken.

In keeping with the sports car theme, Bruce knew that he didn’t want a large heavy setup to detract from the performance of the car. That said, he did not want to compromise on sound either. The solution came in the form of a kick-ass front stage, consisting of our flagship A series drivers blended with the VO series for the ultimate in clarity and output.

Not wanting to miss out on any of the information presented by his music, the low end of things is represented in proper fashion by not one but three of the venerable 2508 ESP subwoofers, given their motivation by an M2c amplifier. The front stage is guided by the pair of DSI-1 processors, which in turn feed two SS4b amplifiers.

With all of the power the system is capable of, it is nice to not have to push the equipment to dangerous levels to enjoy the setup fully. While we may be known for SPL, clean systems like this remind us that it is just as important to remain true to the source.

The install was comprised of: