Tech Talk: Mid-bass Madness – Getting the most out of your door speakers 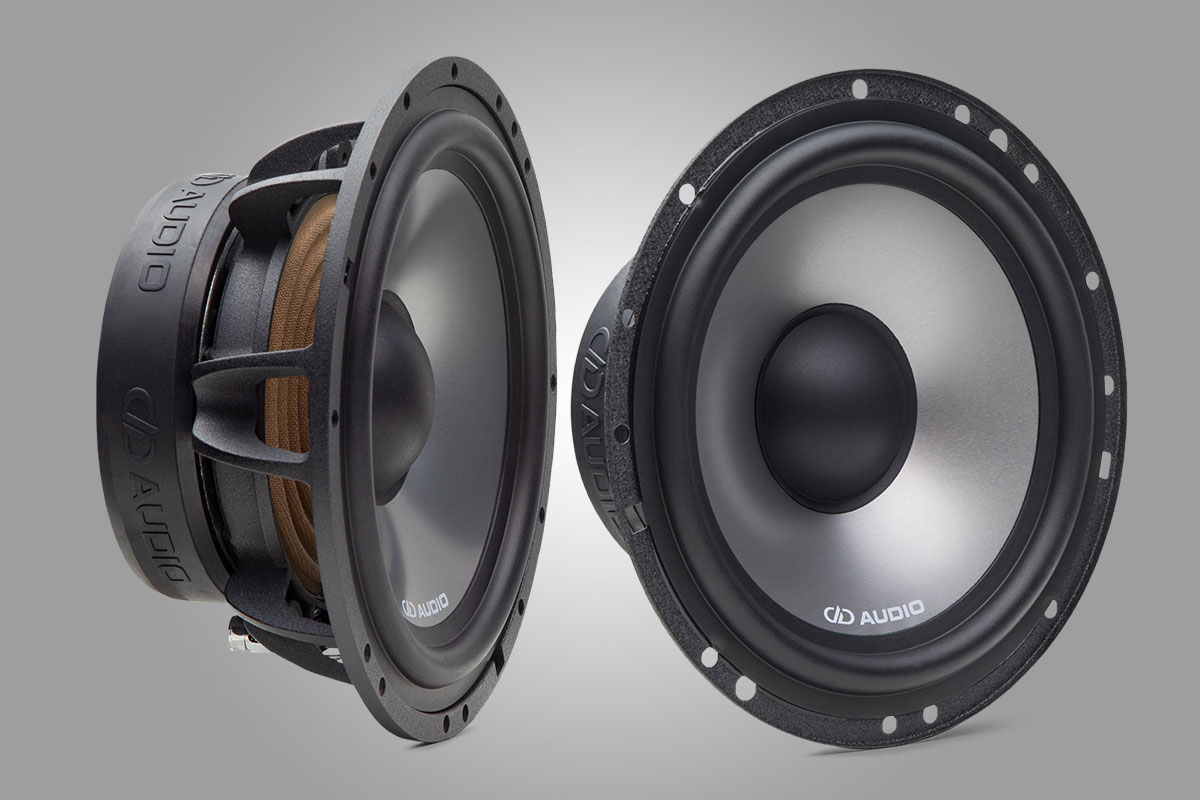 Tech Talk: Mid-bass Madness – Getting the most out of your door speakers

Mid-bass is simultaneously one of the most impressive showings of a good car stereo system as well as one of the most often mucked up showings of a bad car stereo system. Ever upgraded from stock speakers only to be met with disappointment as you note the supreme loss of mid-bass response? If so, you’re not the only one. Mid-bass is the frequency range that is affected the most if a set of door speakers is not installed properly. Thousands of speakers get “free” or “basic” installs and as a result thousands speakers are installed without ever being capable of achieving their full potential. What many speaker installs lack is a consideration for the environment that they’re going into. Even a modestly priced set of speakers can obliterate any factory audio system if they’re installed correctly.

If you go into your local shop to look at a new set of components, your going to find a lot of options. That’s where the trouble starts. Many times customers are sold on bigger badder speakers, not necessarily better sound. In tandem with this idea, consumers have conditioned themselves to see a nice shiny speaker and think it’s the best way to get better sound. To an extent, it is. After all, a better speaker has the potential to sound better, but if it’s not installed properly, it won’t sound much better that what you first started with.

Many shops will have a basic installed price listed on their speakers to help you see what the final ticket will be. A basic car audio install is bare bones and includes physically putting the equipment in the specified location. Unless otherwise specified, it doesn’t include any sound deadening, it doesn’t include a spacer ring that mimics the factory speaker mount, it doesn’t include any gasketing, and it doesn’t mean that you’re getting the most out of the purchase of your speakers. Don’t mistake this statement as saying your local car audio shop is cheaping out, or cheating the consumer out of good sound. Quite the contrary, car audio has for a long time been a market that is sold on the equipment and price, not the experience as it should be.

Now, let’s say you have around $400 total to spend (equipment & install) on putting new front speakers in your ride. You would be looking at two different sets of DD speakers in that price-range. The CC6.5a components ($329.00) and the DC6.5a components ($179.00). Most “basic component installs” will range between $75 and $150. Even if we assume we’ll be at the bottom of the install price range at $75, that means your going to totally tap out your budget with the CC6.5a’s at $404.00. For that money your speakers will be in the factory speaker locations and they’ll make noise. If you look at the more basic DC6.5a’s with the same budget, your only at $254 with the basic install. This leaves a large portion of your budget to do installation upgrades to optimize your speakers sound. Lots of consumers make the mistake of thinking money is going down the drain when it’s put to labor rather than going into better speakers. This couldn’t be further from the truth. Let’s see why spending more on the install will make the cheaper speakers sound better than the more expensive speakers.

This first install upgrade on the road to better mid-bass is sound deadening. Applying sound deadening and closing up the holes in the door frame helps to isolate the front of the speaker from the back of the speaker. This minimizes frequency cancelation, especially in the mid-bass range. Another benefit of sound deadening is a strengthening of the panel and a reduction of mid-bass detracting vibrations. When we don’t lose acoustic energy to vibration it’s translated as sound, and more importantly, mid-bass.

The second most important upgrade is proper speaker spacers and gasketing. These two parts work in concert with each other to further eliminate the speaker’s soundwaves from interacting with each other to create more cancelled out sound. When a speaker is correctly installed into a door it is mated up to the grill and gasketed to insure that sound is only being played into the cabin of the vehicle. When a speaker is installed with a basic install, it is often mounted at the same level as the door frame and is not gasketed so sound is allowed to bounce around in between the door frame and the door panel creating areas where sound can be cancelled out.

So next time you go shopping for speakers, make sure a proper install, one that gives your new speakers the respect they deserve, fits into your budget. Remember, you’re not buying speakers, you’re buying better sound.