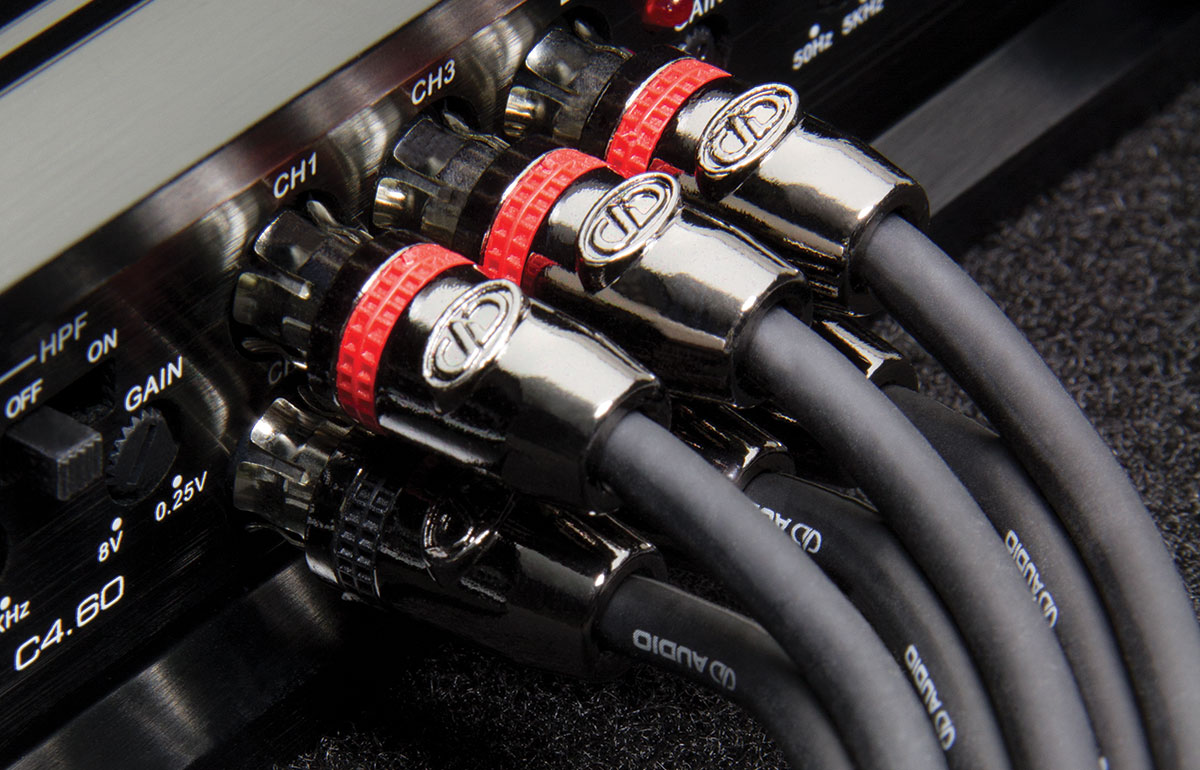 If you checked in with last months article you’ll remember that this year the Tech Talk is on open mic. All of 2018 is going to be user submitted questions, and boy were there some questions! A lot of you asked questions about the inner workings of speakers, or which sub they should choose for their next bowel shaking bass build, but this month I want to address something that a lot of folks don’t think about.

“Why are car audio manufacturers still using RCA interconnects for their hardware? Home A/V has evolved tenfold in comparison to the changes we don’t see in car amps. Why not optical or CAT6 or something better?”

This is a great question. Signal path isn’t something that a lot of folks address in mobile electronics and there are certainly advantages to a digital signal. To answer this question though, let’s first look at analog vs digital. What is analog? Analog is alternating current (AC). It is an electrical reproduction of real sound waves. Digital on the other hand is a series of samples of the original sound at a given rate. Digital is a series of ones and zeros. Now, we’re not overly concerned with the digital vs analog recording process, nor are we here to argue the merits of which is better on a whole. If we look at new cars and trucks with premium audio systems, it is not uncommon to see digital signal transfer over wire. The challenge here though is that very little of it is done with one platform of digital transference. Some manufacturers use MOST by wire, some still use an older CAN-BUS, while still others make use of their own system or a different version of one of the others. To make use of this in the aftermarket, the signal needs to be decoded to analog at some point so that it can be used by your speakers. This decoder, commonly called a DAC (Digital to Analog Converter), must either be able to decode all types of digital signal or there must be a converter for each type, which means an install shop must carry whichever ones they choose to address. So, it makes it difficult to simply put this DAC in an amp. It’s more logical to make an external DAC that can feed into your amp, but then you have analog that goes into the amp anyways, which sort of defeats the purpose of it, doesn’t it?

Now, despite the aftermarket head unit losing market share at an alarming rate, which is a different article on its own, why haven’t the radio companies adopted this? It is in this journalists opinion that it is a logistical problem. DD Audio doesn’t make head units of course, so we can only make conjecture here. It is a logistical issue in much the same way as integrating into digital with the factory systems. Who is responsible for the decoding? Compact Disk, Bluetooth, USB and various other sources are all digital signals. All aftermarket radios have DAC’s in them to decode these signals. This is done at the radio to allow for both the low level signals we use RCA’s for and for the speaker level outputs that most radio’s have (the classic “50×4” watt amps in the decks). In order to maintain the speaker outputs on a radio, the radio must still have a DAC. Now, that doesn’t mean that an aftermarket radio can’t have a digital output. However, it will again come down to the amp manufacturer to have a digital input and its own DAC to do this conversion. Now we don’t have our blinders on. Digital, mostly optical, has been used on some high end aftermarket radios in the past, a few DSP’s (in fact our own DSI-1 has an optical input for some audio codex’s and some gaming devices), and even a few amps, but having 2 of these; a source, and an amp that support digital can not only be difficult to find, but it can also be prohibitively expensive. Seeing wide-scale adoption in car audio would be very expensive for the industry and would require a lot of cooperation between head unit manufacturers, processor manufacturers and amp manufacturers, all at a more competitive price point. This brings up the most important question, should car audio adopt digital signal transfer?

The answer is a resounding, yes, with the caveat that it really isn’t necessary. Digital signal transfer over mediums like fiber optic and CAT6 do have some distinct advantages, most notably among these is that they are not susceptible to electrical noise, engine noise, or hiss like conventional analog signals that are generally transferred over RCA’s. Of course these issues are only common in installs that are performed incorrectly/poorly. Other digital benefits like distributive/multiplexed audio (being able to pass more than one signal along the wire) and long distance transfer are far less relevant to car audio. Odds are your car audio install isn’t going to be a 7.2 home theater set-up (mainly because we’re not watching movies while we’re driving, yet) and you’re certainly not needing a 100 foot run in your new F-150. So it comes down to noise. If an RCA is installed correctly, away from noise producing wires like power wires or fuel pumps in a vehicle, it is going to have the same signal integrity as a digital source. Digital signal mediums like fiber optic are also less flexible and cheaper, plastic optical lines can become brittle over time or crack during an install. Wires, like RCA’s, are much more durable. A good RCA, with durable ends and solid noise rejection, like the DD Audio Z-Wire RCA System, are all that is necessary to create a great sounding audio system.

I hope this answer has been helpful Charlton. We’re definitely not against digital audio, but it will certainly take a major industry shift for things like Optical or CAT6 to become commonplace in the average system.