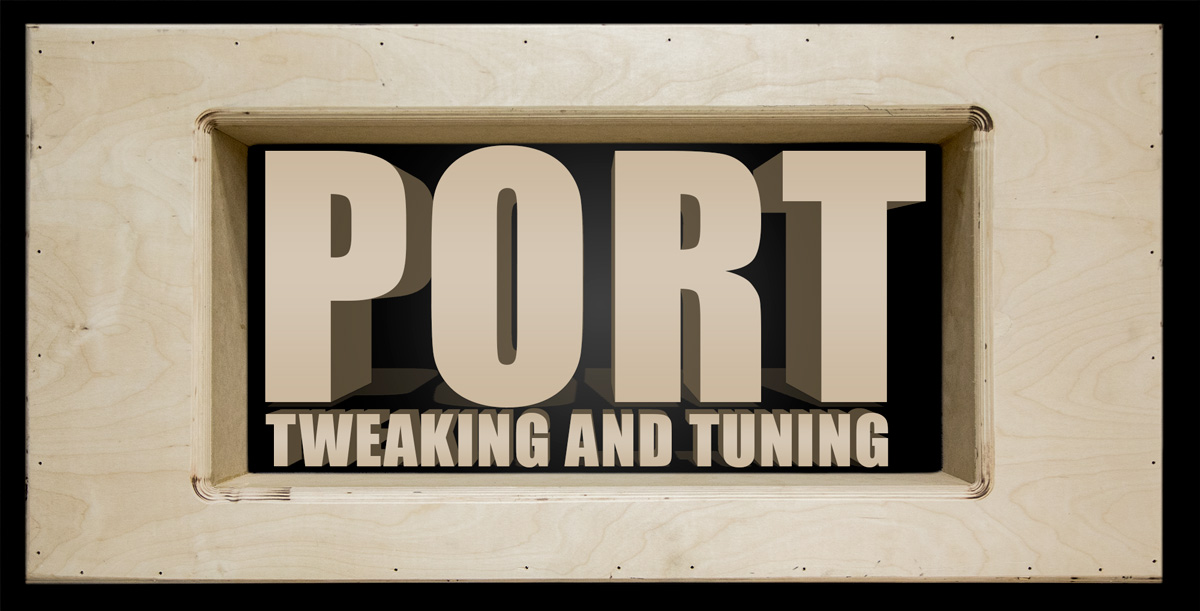 This month we’re answering a question for Lewis from Oklahoma who asks, “I’ve got a pretty big system in my Tahoe (6 x 15”s), but I want the system to be more brutal. How can I do that?” That’s a pretty open-ended question, but we’ll try and help you out and make your bass hurt that much more. We got a chance to talk to Lewis and he said that he has a big bandpass enclosure in his walled Tahoe and that he has a removable port. He said that he was hoping to make his system even more insane without having to add more power or change out woofers. That can be a pretty big task. Luckily, Lewis gave us a really big clue on how we can help without telling him to throw a huge chunk of money into the build.

The enclosure has a removable port, which means we can modify it and completely change the tune of the system for only the cost of the wood and the time it takes for Lewis to build it. So, the important question here is how do we want to define “more brutal?” There’s three ways that come to mind:

Making the build louder means we should try and focus the tuning of the system more towards the peak frequency of the vehicle. To do this Lewis will need access to an SPL Meter and have somewhere to test the vehicle to find out what his peak frequency in the vehicle is. It won’t matter much where he puts the mic for the meter, so long as he continues to use that frequency, mic placement and takes into consideration whether the doors and/or windows are opened or closed during testing.

By running a frequency tone sweep through the sub-stage with the SPL mic on, Lewis will be able to determine at which frequency his build is currently loudest and he can compare that to his current port specifications. In all likelihood, Lewis will be able to increase the tuning frequency on his front port to increase his score. Additionally, increasing the cross-sectional area of the port will lower the speed at which air can pass through the port, allowing it to increase its efficiency (pressure generated per watt).

Doing this last part however can also have its disadvantages as increasing port area will also require more port length to achieve the same tuning. As vents get longer and longer, the woofers must motivate a larger air mass in the port which reduces the efficiency of the enclosure. So maximizing the port size while keeping the port length reasonable will also maximize the potential of the system. Increasing peak SPL numbers and making an effective demo system that focuses on “Low & Loud” are much the same process with the exception of frequency.

Making Lewis’ system more demo friendly by changing the port will still be comprised of making the port as large and short as possible while tuning it lower. This is a more difficult task. The lower the port is tuned, the longer it needs to be, and as we discussed, longer ports are harder for woofers to move. So, often times a compromise must be made to achieve a lower tune. Compromising with a bit more port length to maintain a large cross-sectional area in order to achieve the desired tune will sometimes be necessary.

It’s also important not to tune too low. Getting the tuning of the front port and the rear port too close together in the case of Lewis’ 6th order bandpass will severely hamper his bandwidth. For this reason, it would be discouraged to create a smaller frequency gap than half an octave. So if a rear port was tuned at 30Hz, you would not want to tune the front port lower than 45 Hz.

While we’re on the topic of low tuned ports, we should address everybody’s favorite, hair tricks. If Lewis wants to make his build more brutal by making it windier we’re going to be primarily focused on smaller, shorter ports. This is going to be almost the same as our previous notes about playing Low & Loud, except here we’re willing to sacrifice a bit of output to see if we can rip the hair off of Lewis’ scalp with bass.

As we mentioned, ports with smaller cross-sectional areas will be easier to move and can be tuned lower without making the port too long. The other advantage of smaller ports is that they’re easier to achieve high air velocity with.

Try blowing through a straw and see how much force you can generate. Now blow through an empty toilet paper tube and compare the air velocity coming out of it to the straw…

Your lungs have the same power in both instances but you’re able to create a greater air velocity with the smaller cross-sectional area of the straw. Now let’s take that to the scale of six 15’s moving 1 ½” each direction. A big windy demo will be much more impressive when a smaller, lower tuned port is used.

To be clear, a windier demo is something that flies in the face of conventional enclosure design. Normally you want to keep port velocity in check as it can add some nasty chuffing or even whistling noises to your bass. However, when you’re like Lewis and participate in a sport that prides itself on how many windshields a system has broken and how big of an item that system can float in its window, there are bound to be some exceptions.