Tech Talk: How to save a smoking subwoofer 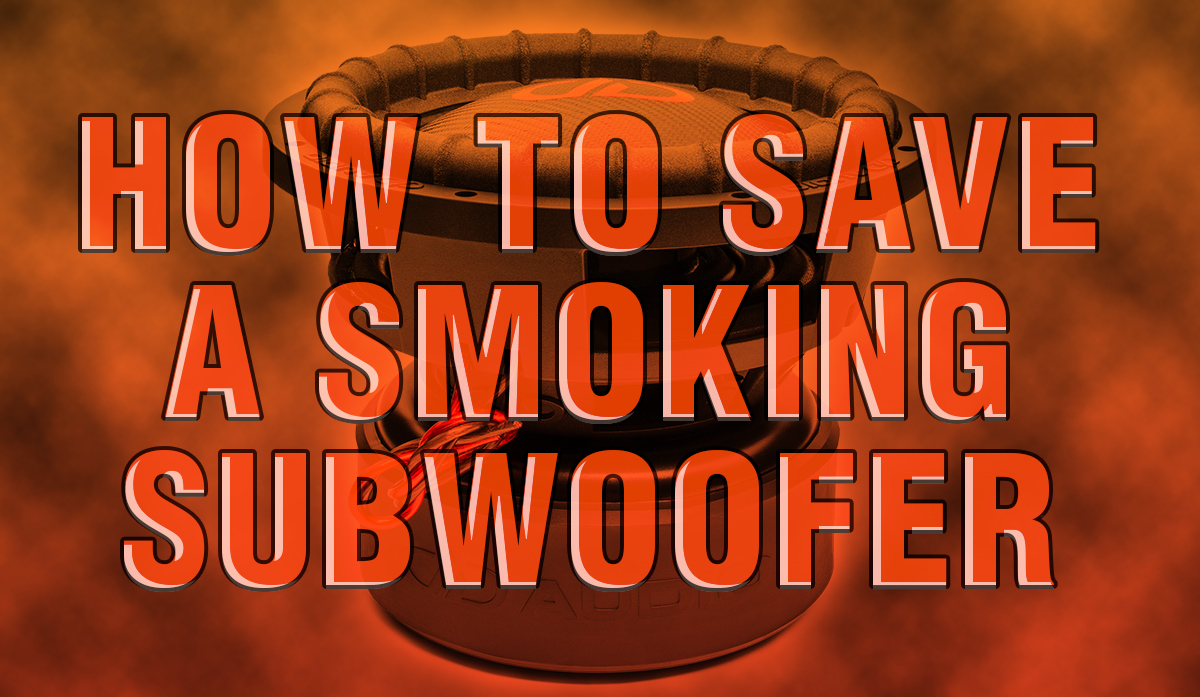 Tech Talk: How to save a smoking subwoofer

A burning a voice coil can be simultaneously the best and worst moment for a young bass enthusiast. It may be the loudest the system has ever played, but the rock concert fogger effect instantly brings panic to a previously enjoyable experience. Many of us have been there, including Ben from Georgia who asks,

“I just smoked all my subs and recones are gonna be expensive. Is there anything I could have done to save them?”

Now burning a voice coil only happens for 1 reason – Too much power! Clipped, unclipped, dirty, clean, it doesn’t really matter how the power goes into the woofer, it is going to cause the voice coil to heat up. If the voice coil heats up enough, it will eventually reach the point of burning the resins that hold the coil windings together. Of course, the goal is never to get to this point. However, if you do you’re probably going to start smelling them, or worse, you’ll see smoke. Both the smoke and the smell are a result of those resins on the coil returning to liquid and eventually a vapor. You can read more about this in the May Tech Talk earlier this year when we did a Burned Speaker Voice Coil Diagnosis.

So let’s say I’m giving a friend a sweet full tilt demo of my new subs and all the sudden, I start smelling hot voice coil. It’s all cool though… I’m not even playing that hard and my friend’s cousin’s boyfriend tuned the amp with a digital multi-meter, so I know I’m not damaging anything. Wait, is that smoke?! Oh no, what should I do? If you said, “Turn it off!” be sure to carry some recones around with you, because that’s how you ruin a woofer. Turning off a hot woofer doesn’t help the woofer cool down, it just doesn’t add any additional heat.

We want to try and cool down the coil as quickly as possible. The best way to do that is to continue playing the woofer, albeit not at the level we were originally playing. By allowing the woofer to continue to play, the coil is moving up and down inside the woofer motor and moving air around the coil. The best way to move the woofer to cool it down is with music or tones well below the tuning frequency of the enclosure. The reason for this is to encourage the most movement from the woofer while minimizing power input to get there. So if I have a 9900 series woofer and I clamp 4000 watts at my tuning frequency, the coil will heat up to a failure level eventually. Now if I can play down below tuning, say 20 Hz and it only takes 1000 watts to reach a large amount of excursion, the coil will begin cooling itself far faster than its heating itself back up with power, thanks in large part to DD Audio’s Free Flow Cooling feature. If I just stop playing the woofer, it won’t be generating any more heat, but it also won’t be cooling itself either.

So next time you’re beating the snot out of your woofers and they get stinky, remember, don’t turn it off. Turn it down!