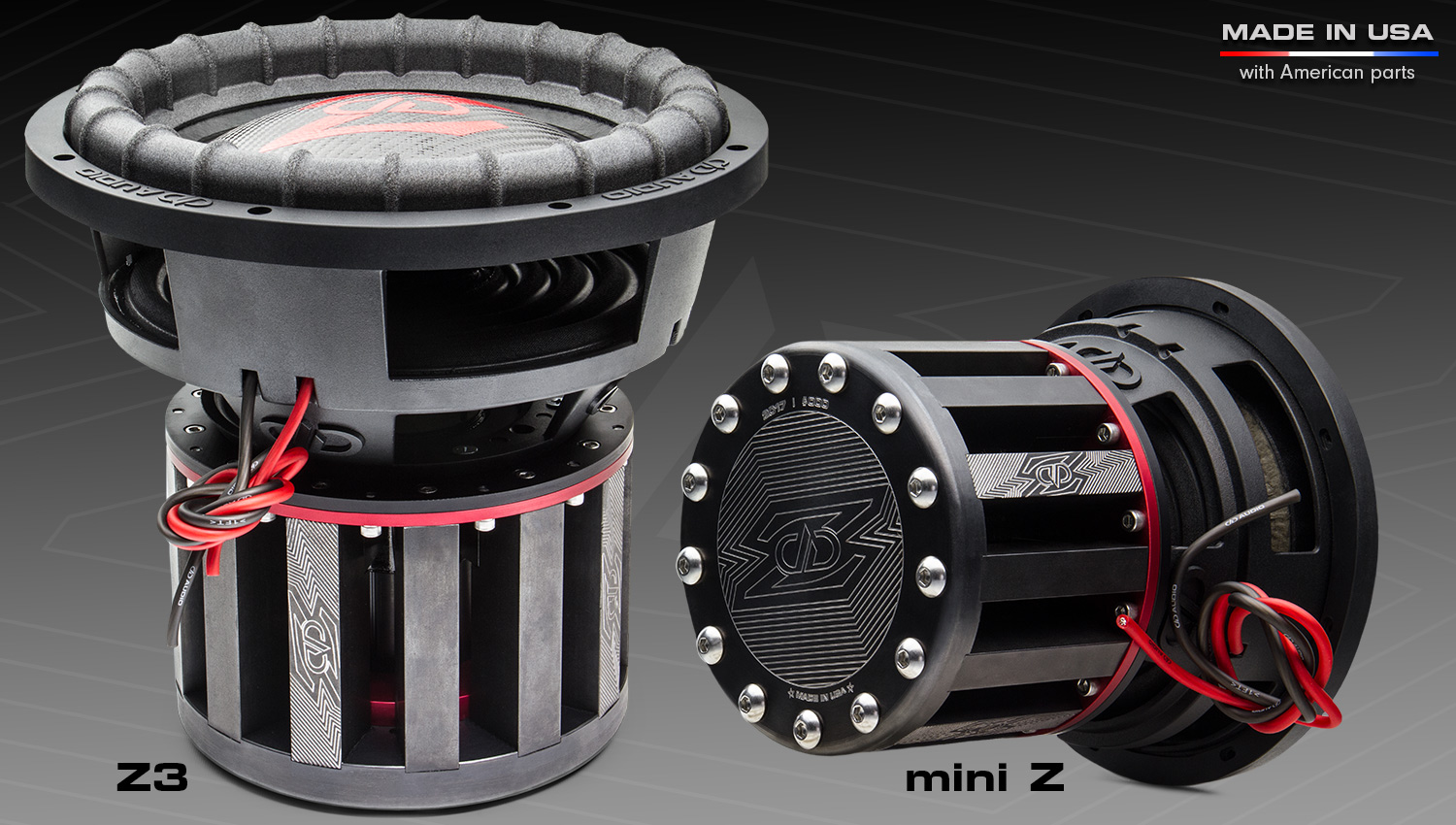 Just over ten years ago DD Audio redefined the meaning of low frequency reinforcement with a one of a kind innovation. The one, the only, the original… the Z.

Over the years the Z Series motor system has undergone many transformations and improvements, but none quite as drastic and awe inspiring as the latest. Available in an all new performance and style package, the staple Z3 looks and performs better than ever before, but that’s not all folks!

Not only is there a new Z in town, he’s bringing a couple of amigos this time around. The new Z3 will be accompanied by its baby brother, the sleek and compact Z2.5 or more affectionately dubbed the Mini Z, along with its long lost brutal tank of a big brother, the Z4 (more info soon)!

Then, as if it wasn’t already the most badass driver ever made, we’ve completely overhauled the cosmetics. We used a black oxide coating on the main structural elements and red anodizing buffed to a stage 3 luster with PABA free ointment containing synthetic butterfly wing dust for the accents! Not to stop there, we adorned the motors with custom CNC engraved designs, and finished it off by engraving each motor with its production number, literally making each sub a one of a kind!

The new Z Series subwoofers are more powerful, more efficient, and more epic than ever before, truly turning the state of the art into an art form.

See photos and specs of the Z3 here.

See photos and specs of the mini Z here.