Tech Talk: What is more important for getting the MAX SPL – cone area or motor force? 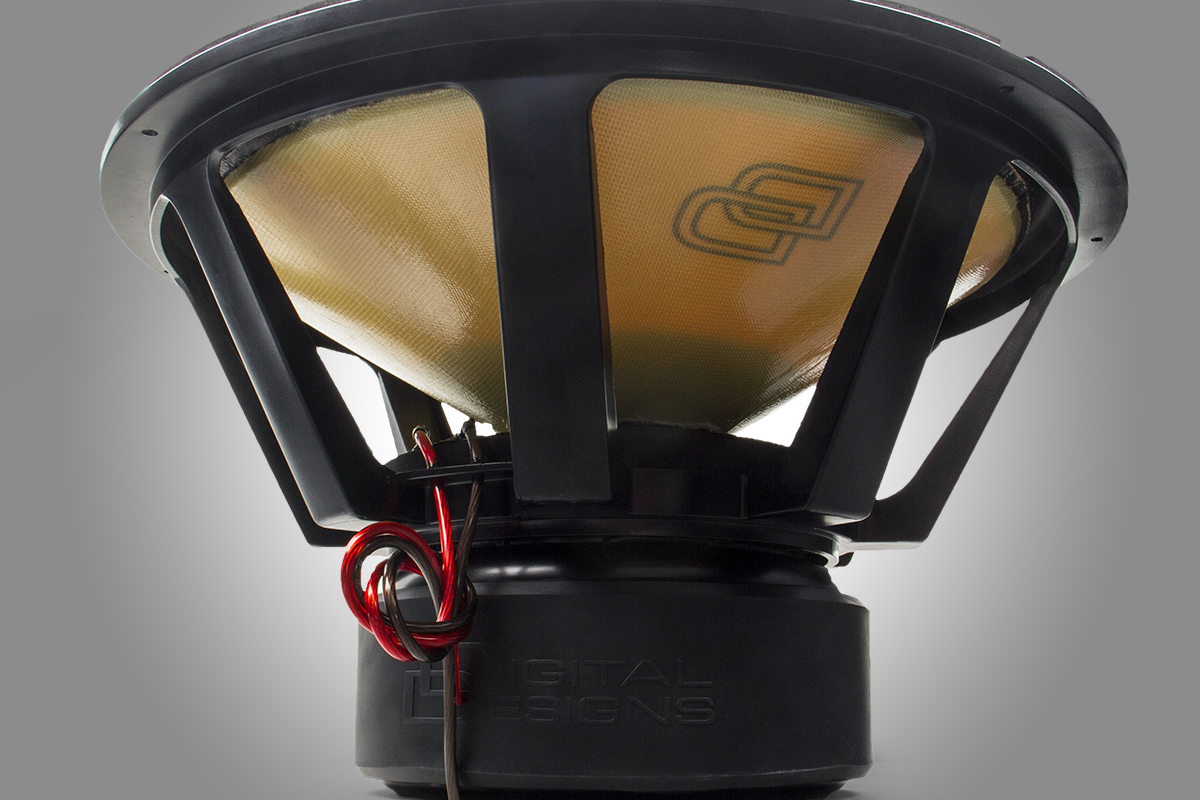 Tech Talk: What is more important for getting the MAX SPL – cone area or motor force?

This month’s Tech Talk question comes from Keith B. in Michigan who asks,

“What is more important for getting the MAX SPL – cone area or motor force?”

MAX SPL is a whole mess of a topic that just can’t be quantified in the confines of one Tech Talk. It is a topic that involves a lot of equations and funny looking letters that express other equations and other funny looking letters that belong in a college textbook and it’s frankly outside the grasp of this Tech. However, what we can talk about is intensity and loudness in general and how cone area and motor force effect volume.

“There’s no replacement for displacement.” It’s an adage as old as the muscle cars the phrase refers to. Funnily enough, the phrase is relevant to audio too. Which is louder, a car with a pair of 8’s, or a car with a pair of 12’s? Knowing nothing else, everyone’s going to say that the 12’s are louder, aren’t they? There is a reason that car audio competition organizations will split classes by cone area. It’s because the raw radiating area of your speakers plays a tremendous role in the output potential of the system.

Motor force is a bit less cut and dry besides saying “More is better”. Well, why is more better? When we’re talking about increases in motor force, we are most interested in Force Factor. Force Factor described the relationship between the strength of the magnetic force acting upon the voice coil, the amount of voice coil being acted upon by the woofers magnetic force, and the resistance of the voice coil. Force factor is an attempt to reduce woofers down to comparable values without having to consider power input. So, hypothetically, a 500 watt woofer with a higher force factor than a 2500 watt woofer will be louder at the same power level (as long as the power level isn’t too high for the lower powered woofer). Force Factor does have its merits, but it also doesn’t address things like excursion potential or the moving mass of the driver which can affect the overall performance of the driver. So, while it can be argued that bigger badder motors are better, it is not a universally true statement without examining the entire situation, which is outside of the scope of this article.

It can be argued both ways as to whether cone area or motor force is more important to creating more SPL. Given two woofers of the same size mechanical compliance, XMax, power level, and all the other mitigating factors except for motor strength, yes the more efficient motor will win. If those two woofers are again compared and they now have the same motor force but the cone area of one is simply increased (which would be virtually impossible to achieve and maintain all the other qualities of the woofer), the woofer with the larger cone area will be louder. However, there is one factor of this equation which we have not yet considered. In fact, it is the one true answer to achieving MAX SPL, and that is, install. The DDZ, a woofer championed for its unabashed slaughter of many a competing woofer in the lanes of car audio competition for over a decade, can easily be foiled by a poorly designed enclosure. Even a superior sound quality woofer like the 3000 series can easily sound like someone banging a trash can with a stick if the enclosure is not both catered to the woofer and the environment in which it will be played. Installation and fabrication are the great equalizers of the motor strength and the cone area argument. At the end of the day, pen, paper, graphs, white papers, and all the other intellectual posturing can submit all the opinion based on fact that they want, but they mean nothing until an enclosure is built and the speaker system is listened to.

If this sparks debate in your mind, or causes you to have more questions about car audio be sure to send us a message with your car audio related question below. Each month we’re going to select 1 Tech Talk reader’s questions to answer here on the DDownlow, so be sure to check in next month to see if your question gets answered.